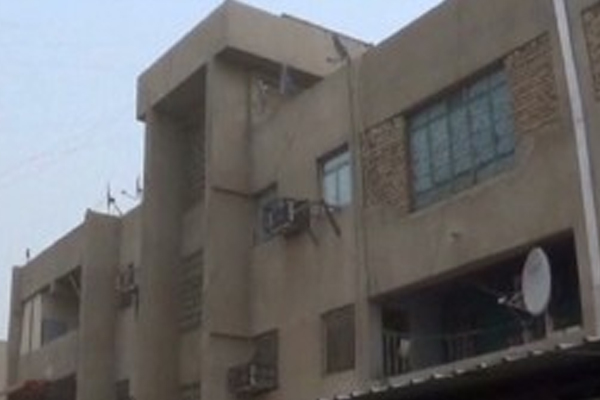 34 killed in militants’ raid on reputed brothel in Baghdad

Baghdad, Iraq (CNN) — An attack on apartments that neighbors say were used as a brothel in Baghdad has killed at least 28 women and six men, security officials told CNN.

Unidentified militants wearing military uniforms and street clothes stormed apartments Saturday in the Zayona residential complexes in eastern Baghdad, officials said. They fired their weapons in the streets before breaking down doors to enter the buildings, security officials and residents told CNN.

Once inside, they killed the men and women, officials said.

Attackers left a message on a door: “This is the fate of any prostitution,” an Agence France-Presse correspondent on the scene reported.

Residents told CNN the Shiite Asa’b Ahl al-Haq organization carried out the attack. But the organization told CNN it does not have forces inside the city.

There was no letup in violence Monday, with two car bombs in Baghdad and a roadside bomb in Iraqi’s semiautonomous Kurdish region. There were also ongoing clashes in Salaheddin province, 70 kilometers (about 44 miles) north of the capital.

Two people were killed and 14 others wounded in the separate car bombings in the al-Bayaa and al-Alawi areas of Baghdad, police officials said.

In Salaheddin province, fighting between militants from the Islamic State of Iraq and Syria, or ISIS, and Iraqi forces backed by Sunni al-Jubouri tribesman broke out late Saturday in Dhuluiya, police officials and a tribal representative told CNN. ISIS controls 50% of the town, including the mayor’s office, municipal council and the police building, they said.

Six security force members and tribal fighters have been killed in the fighting.

ISIS, an al Qaeda splinter group, has led Sunni insurgents who have taken over large areas of northern and western Iraq in an offensive that began last month. The terrorist group has also made major gains in Syria in its quest to establish an Islamic state spanning both countries.

“ISIS terrorist groups started shelling the town with mortars from the northern side of the town,” the al-Jubouri spokesman said, before pickup trucks loaded with armed militants moved in to occupy government buildings.

A YouTube video purportedly from ISIS shows militants raising a flag over the buildings.

“We are steadfast and will cleanse the town from them in 48 hours,” the al-Jubouri spokesman said.

In other violence over the weekend in Iraq, militants believed to be with ISIS attacked the city of Haditha from four directions, said Hameed Ahmed al-Hashim, a member of the Anbar provisional council, and two security officials in Haditha.

A large military force backed by tribesmen defended the city, they said.

Three police officers were wounded when a roadside bomb exploded near their convoy in Kirkuk, a security official told CNN on Saturday.