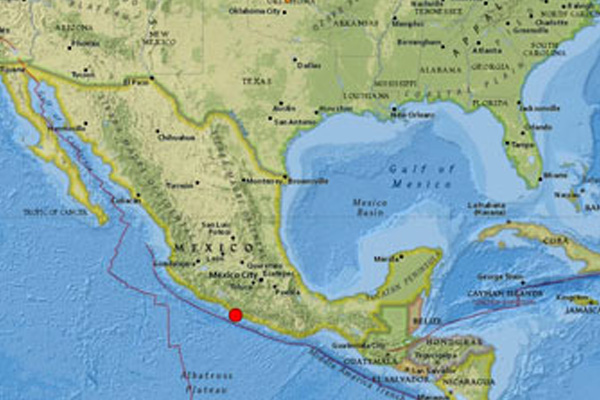 Strong shaking was felt in southern Chiapas state and western Guatemala, according to the USGS. The epicenter was about 127 miles west of Guatemala’s capital, Guatemala City.

The depth of the quake was 37 miles, the USGS said. The USGS initially said the magnitude was 7.1.