Warning: session_start(): open(/var/cpanel/php/sessions/ea-php56/sess_02ad6ca1ceaaa5e7686b9ca5f799f251, O_RDWR) failed: No such file or directory (2) in /home/zizon/public_html/wp-content/plugins/iphorm-form-builder/includes/common.php on line 86 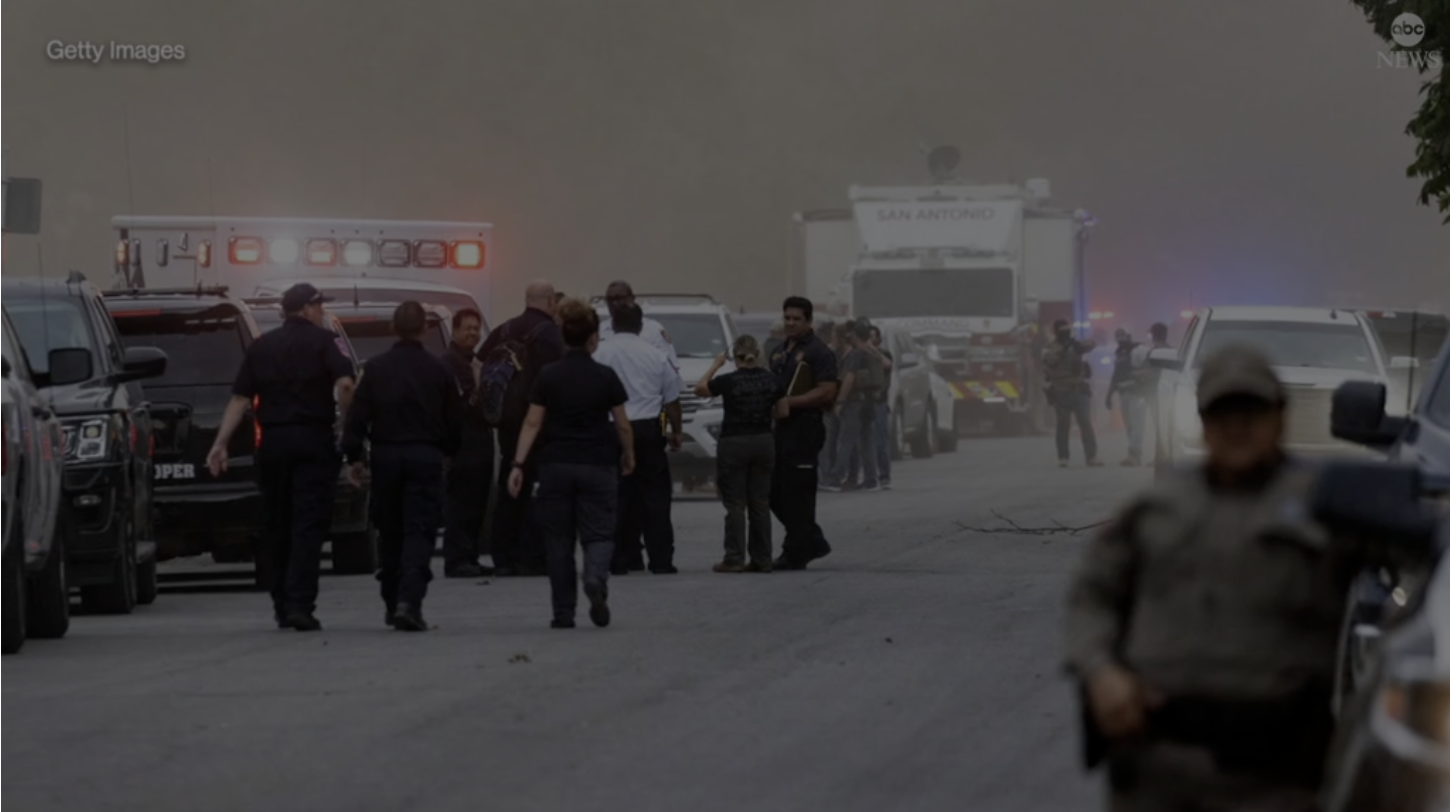 May 26, 2022 (ABC News) — In the days and weeks before the second deadliest elementary school shooting in U.S. history, the accused Robb Elementary gunman appears to have sent disturbing messages — including claims about intentions of violence at school — to numerous young people he met online, leaving a trail of digital red flags that appears to have gone unnoticed.

Over a dozen people tell ABC News that the accused gunman, 18-year-old Salvador Ramos, sent them concerning messages, across multiple social media platforms, in the days leading up to the massacre.

Hours before the massacre, Ramos allegedly messaged a young girl on Instagram saying that he had a secret he wanted to tell her, according to messages reviewed by ABC News, the contents of which law enforcement sources say are part of the ongoing investigation into the shooting. Ramos had allegedly tagged the girl in a photo of two guns days earlier.

In another message allegedly sent the morning of the shooting, Ramos sent a photo of a gun lying on a bed, according to a user who shared direct messages from the suspect’s alleged account with ABC News. She replied, asking, “Why’d u send me a pic of a gun.”

And moments before the attack, the accused gunman allegedly sent a string of messages to a young girl in Germany who he had met on the social media app Yubo, detailing that he had shot his grandmother and was heading to the school for his next target, according to messages reviewed by ABC News.

In an interview with ABC News, the young girl, who asked to be referred to as “Cece,” said that since the shooting she has been asking herself, “What if I could change the outcome, what if I could change his mind to not do this?” Cece said she regretted not putting together why Ramos had “bought two rifles on his birthday, May 16, and ordered a package full with ammunition.”

Cece said that, in hindsight, there were also other warning signs — including the fact that Ramos asked others on Yubo if they wanted to be famous.

Another user on Instagram showed ABC News alleged messages from Ramos saying his preferred weapon is the AR-15, which was the assault weapon used in the Texas shooting.

A week before the shooting, Ramos sent another Yubo user a message telling her he would make her famous if she followed him back on Instagram, according to messages reviewed by ABC News.

And another young user told ABC News that the Ramos was on Yubo the day before the massacre and that he implied that something would occur the next day.

That user, who lives in Greece and asked to remain anonymous, told ABC News she tried to report Ramos to Yubo — but that “regardless of how many times he was reported … he would still come back.”

A spokesperson for Yubo, when asked by ABC News if Ramos’ account had been flagged, said that “at this stage, we are not legally able to release any specific user information outside of direct requests from law enforcement.”

The company “can confirm that we are investigating an account that has since been banned from the platform” the Yubo spokesperson said. “We are deeply saddened by this unspeakable loss and are fully cooperating with law enforcement on their investigation.”

The majority of the users who Ramos allegedly messaged in the days leading up to the shooting told ABC News that they were first contacted by him on Yubo, which has been described as a dating app for teens. The users he communicated with are predominantly high-school age. Most said they did not report the messages and didn’t take them seriously.

In the weeks leading up to the deadly attack, Ramos also appeared to have made efforts to meet some of the users he had met on Yubo in person, according to messages shown to ABC News.

“He was supposed to meet up with me,” a young girl told ABC News before expressing relief. “I just never really texted him back.”

The user showed ABC News messages allegedly showing that Ramos had planned to meet up with her in late April.

“He would mostly follow girls who he thought were attractive,” another Yubo user told ABC News. “And asked to meet up with them.”