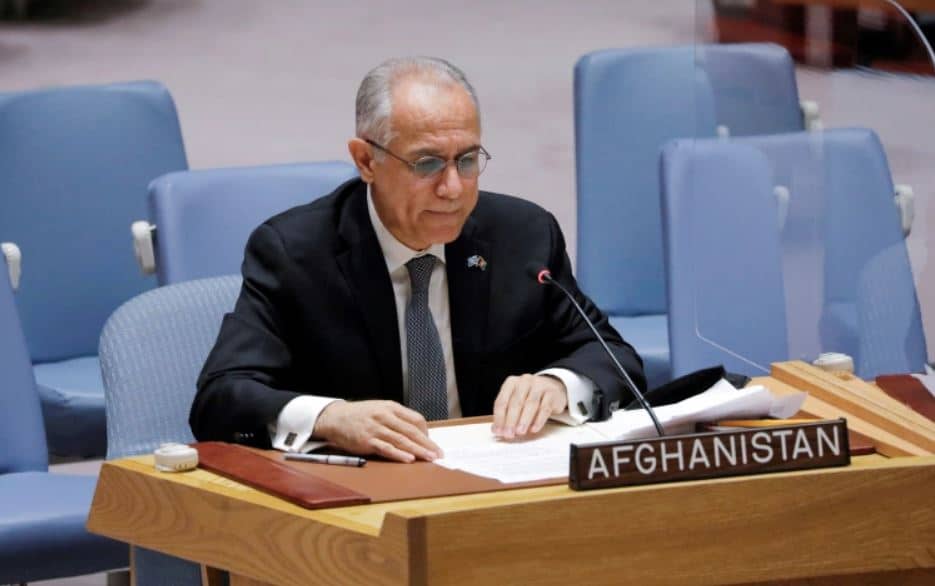 Afghanistan’s ambassador to the United Nations has pulled out of delivering an address to world leaders at the General Assembly on Monday.

Ghulam Isaczai, who represented president Ashraf Ghani’s government that was overthrown last month, was due to defy the Taliban with a speech but his name was removed from the list of speakers.

“The country withdraws its participation in the general debate,” Monica Grayley, a spokeswoman for the assembly’s president, confirmed to the AFP news agency, adding that Afghanistan’s mission to the UN had not given a reason for the withdrawal.

The move came amid competing claims for Afghanistan’s UN seat in New York after the Taliban seized power last month.

President Ghani fled the country after the Taliban retook Afghanistan 20 years after it was removed from power in a United States-led military invasion.

Isaczai has not commented on the withdrawal.

On September 20, UN Secretary-General Antonio Guterres received a letter signed by Muttaqi, saying that President Ghani was “ousted” and that countries across the world “no longer recognise him as president”.

During the Taliban’s rule between 1996 and 2001, the UN had refused to recognise its government. Instead, it gave Afghanistan’s seat to the previous government of President Burhanuddin Rabbani.

The Taliban has said it wants international recognition and financial help to rebuild the war-battered country, but the makeup of the new Taliban government has posed a dilemma for the UN.

Several of Taliban’s interim ministers are on the UN’s blacklist of international “terrorists and funders of terrorism”.

The Taliban has accused the US of violating the 2020 Doha Agreement, as it demanded that its leaders should be taken off the “terror” list.

The agreement also paved way for the withdrawal of the US-led foreign forces in exchange for security guarantees from the Taliban.