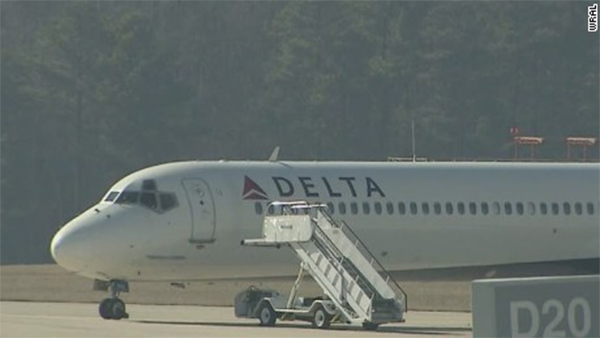 Airlines get more than 50 online threats since Jan. 17

(CNN) — There has been a spike in online threats made against airlines since Jan. 17, when a bomb threat was made against a flight between Atlanta and Raleigh, according to a U.S. official.

Since that threat, authorities have received more than 50 threats made online against airlines. The official says most of the incidents are believed to be copycat incidents.

None of the threats have proven credible. The official, as well as other government officials CNN spoke with on Wednesday, point to the publicity these threats receive for the increase.

“We are continuing to investigate these threats with our law enforcement and airline partners as we do with all stated threats,” an FBI spokesman told CNN on Wednesday. “Threats of this nature can and do result in costly responses from a multitude of law enforcement and airport entities and greatly inconvenience travelers. Individuals responsible can be prosecuted federally.”

On Jan. 17, F-16 fighter jets were called in to escort two passenger planes into Atlanta’s Hartsfield-Jackson International Airport after a bomb threat made on Twitter was deemed credible, according to military officials.

Southwest Airlines Flight 2492 and Delta Flight 1156 landed safely at the airport and were searched by bomb disposal units, according to airline officials. Nothing out of the ordinary was found, officials said.

One runway was closed temporarily, causing delays for other flights as passengers on the two flights were questioned and their luggage was searched by bomb-sniffing dogs, officials said.