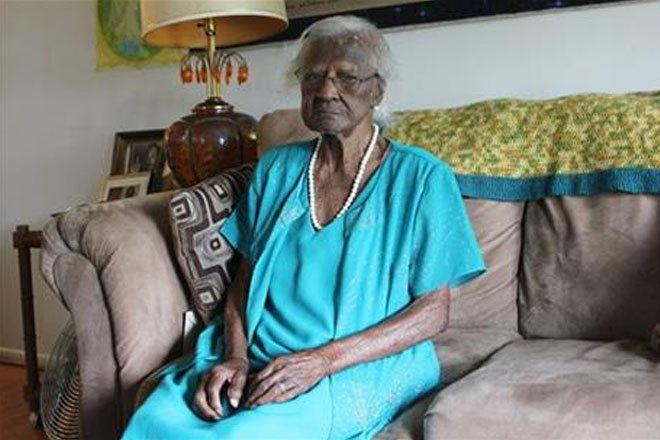 Washington, United States — The honor of being the world’s oldest person has passed to a 115-year-old American following the death of a 116-year-old compatriot who held the title for just five days.

Jeralean Talley, who lives in the Detroit suburb of Inkster, Michigan, was born in the southern US state of Georgia on May 23, 1899 — making her exactly 115 years and 320 days old as of Tuesday.

She was declared the world’s oldest person by the Gerontology Research Group, which tracks those it calls “supercentenarians” – senior citizens who live past the age of 110.

She is also one of only three people still alive today with documented proof that they were born in the 1800s. The others reside in New York state and in Italy.

“I feel good,” Talley told Time magazine in a telephone call Monday. “I don’t feel sick. I’m still trying to do the right thing is all.”

Older people may exist, but the Gerontology Research Group says it needs to see firm evidence, like a birth certificate, for someone to make its list.

Gertrude Weaver, 116, had been declared the world’s oldest person last Wednesday upon the death of Japan’s 117-year-old Misao Okawa.

But she passed away Monday from complications from pneumonia at a nursing home in Arkansas where she lived, Little Rock television station KATV reported.

Asked by the Detroit Free Press newspaper for the secret of her longevity, Weaver, who is African-American, pointed a finger to the heavens.

“It’s coming from above. That’s the best advice I can give you. It’s not in my hands or your hands,” she said.

Talley’s daughter Thelma Holloway, 77, said her mother, though hard of hearing, often stays up until midnight and gets around the house on her own.