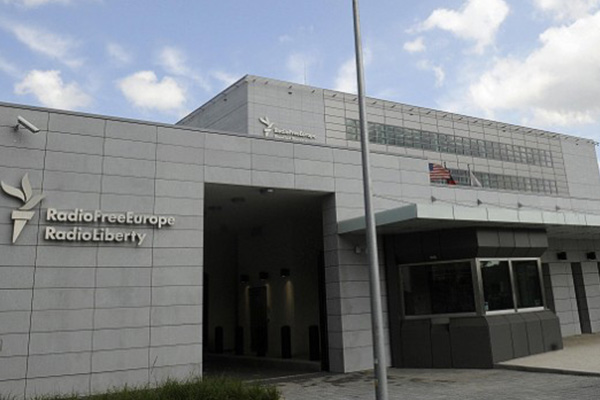 London (CNN) — Russia has expelled an American journalist and author critical of President Vladimir Putin in one of the first such cases since the Cold War.

David Satter, a former Moscow correspondent for the Financial Times and author of three books on Russia and the former Soviet Union, had been working as an adviser to the U.S. broadcasters Radio Free Europe and Radio Liberty since September.

“As some of you may know, I’ve been expelled from Russia,” he wrote on his Twitter page Monday.

Satter told CNN he had gone to the Ukrainian capital Kiev to exchange his existing visa for a correspondent’s visa when he was told his application had been rejected, on the grounds that his presence in Russia was “undesirable.” He is now in London “until we figure out what to do next.”

Satter is a fellow at Johns Hopkins University and the Hudson Institute, a U.S.-based think tank. He has written extensively on the history of Russia in the post-Soviet era.

It said that after entering Russia on November 21, he waited five days before converting his initial visa into a multi-entry visa — a “major breach of the Russian migration law.”

After receiving his accreditation from the ministry, Satter was supposed to immediately go to the Federal Migration Service to get his multi-entry visa, but he showed up there on November 26, the statement said.

Satter spent about five days in Russia “illegally” in November, according to the ministry.

A Moscow court heard his case on November 29, and he was fined and ordered to leave the country, the ministry said. Satter left Russia on December 4.

He is now barred from the country for five years, the ministry said, adding that this was not uncommon, with more than 500,000 foreign citizens banned from entering Russia for three to 10 years because of breaking rules.

“I at no time violated any regulations. I operated strictly in conformity with what I was told to do by the Foreign Ministry,” he said. “I followed all bureaucratic procedures.”

He described being told by a diplomat at the Russian Embassy in Kiev that “the competent organs,” referring to the Federal Security Service, had determined that his “presence on the territory of the Russian Federation is undesirable and I am banned from entering Russia.”

He said such language was usually used in spy cases.

Satter said he wanted to go back to Russia.

“I think their decision should be reversed immediately. I don’t accept it,” he said. “On the other hand, being realistic, I understand that the chances are not great. … It looks pretty serious.”

In December, after suicide bombers killed more than 30 people in the Russian city of Volgograd, Satter wrote for CNN.com that visitors to the upcoming and highly touted Winter Olympics in the Black Sea city of Sochi “are walking into what effectively is a war zone.”

“I’ve always been critical of the Putin regime. This is nothing new,” he said. “It may be that for reasons of their own, they’ve finally found that criticism to be more than they wanted to put up with. But there’s actually quite a lot to criticize, so if you’re going to report honestly from Russia, you almost have to be critical.”

Satter said the language used to reject his visa hearkened back to the Cold War era and its application to a journalist was “unprecedented.” But whether it reflected a shift in policy toward international newsgathering was unclear, he said.

“In any case, the expulsion of even one correspondent has an effect on everybody else because it makes it clear that critical reporting may incur a very serious cost,” he said.