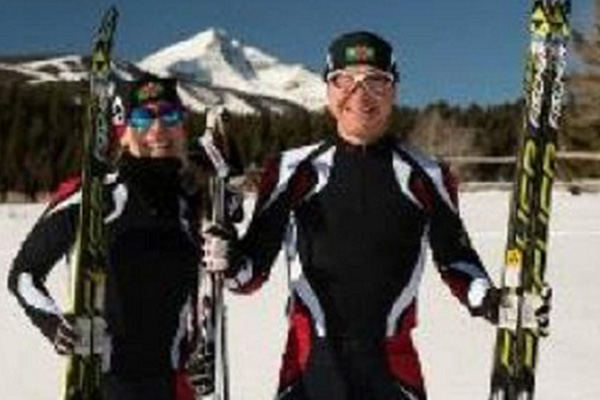 Another Caribbean Island to have reps at Winter Olympics

Media reports state that a husband-wife ski team will represent Dominica at the 2014 Games scheduled from February 7 to 27.

The Dominica Olympic Committee (DOC) is expected to confirm the island’s participation and participants this week.

United States-based Gary di Silvestri and his Italian-born wife Angelica Morrone di Silvestri have confirmed that they will represent Dominica at the Games.

They both met qualifying standards late in the game — he on the slopes of Montana and she a couple of days later far away in Maine last weekend.

The di Silvestris gained Dominican citizenship through their philanthropic activities in Dominica and other Caribbean islands.

“We got involved with the country through philanthropic activities,” said di Silvestri, who lists Dominica as their primary residence, “and that’s how we ended up being offered citizenship, a kind of a thank you.”

Gary di Silvestri has USA, Italian and Dominica citizenship. His wife is a citizen of Italy and Dominica.

When the International Olympic Committee contacted Dominica, which has never entered an athlete in the Winter Olympics, about possible participation at Sochi, the di Silvestris were recommended.

They had been on the competitive skiing circuit for many years and attended ski camps in Oregon since 2005.

“They contacted us in November and we’ve basically had two months to do what people do in two years,” said di Silverstri. “It’s been a full-time job and we’ve been travelling to every venue possible to enter events where we could meet qualifying times in order to be in the Olympics.

“It has been an exhaustive and draining pursuit, but we finally made it. It took awhile to sink in, but it’s a great feeling.”

He said the people of Dominica have grown close to his family’s heart.

“They are a warm and welcoming people,” said di Silvestri. “They haven’t been spoiled by tourism and it’s a self-sufficient island. We certainly have an emotional attachment to the country.”

The International Bobsleigh & Skeleton Federation confirmed that Jamaica has qualified for the two-man bobsleigh competition in Sochi.