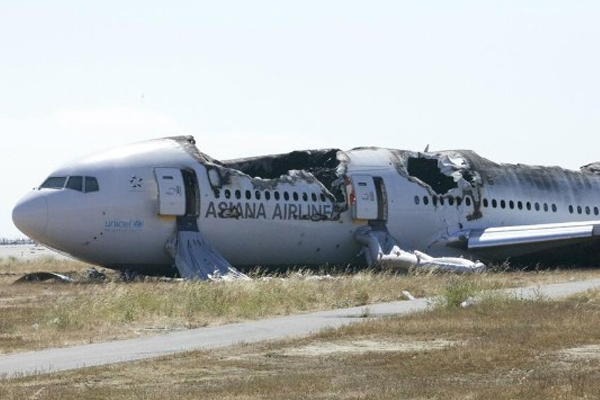 (CNN) A group of passengers who were aboard an Asiana Airlines flight that crash-landed last summer has sued aircraft manufacturer Boeing, according to a lawsuit filed in an Illinois court.

“We are asking for damages to be paid to the passengers and asking the court to hold Boeing partially liable,” Monica Kelly, an attorney for Chicago-based Ribbeck Law Chartered, told CNN on Saturday.

The Boeing 777 operated by Asiana fell short of its approach and crashed on the runway at San Francisco International Airport. Three people were killed and more than 180 others hurt.

The lawsuit alleges that some equipment on the plane was improperly installed or defective, resulting in inadequate warnings for the pilots about low airspeed.

“Boeing was aware that its low airspeed warning system was inadequate,” the suit states.

More than 80 of the plane’s 291 passengers are named as plaintiffs in the lawsuit.

“As a result of the crash, each of the plaintiffs sustained injuries, including but not limited to, bodily injury and resulting pain and suffering, disability, mental anguish, loss of capacity for the enjoyment of life, medical treatment, loss of income, and medical expenses,” the suit states.

CNN reached out to Boeing for comment about the lawsuit. Company spokesman Doug Alder declined to comment.

The passengers represented by Ribbeck Law began their court proceedings shortly after the crash, filing a petition for Boeing to release evidence to the plaintiffs.

At the time, the law firm said it was considering adding Asiana and certain parts manufacturers to the lawsuit, but Friday’s filing named only Boeing, Kelly said.