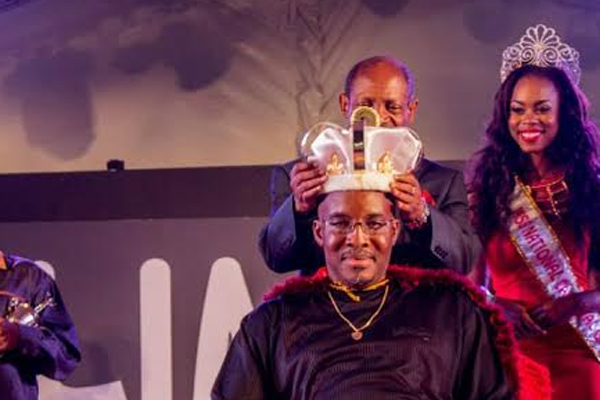 (ZIZ News) — It was a historic night at the Sugar Mill, on Monday evening, as Astro became the first Nevisian calypsonian to win the National Carnival Senior Calypso crown.

After two rounds of competition, Oscar “Astro” Browne amassed a total of 807 points to lead the seven other calypsonians in Monday’s final.

He performed “Flush It” in the first round then came back with “Carnival Therapy” in the second round, to seal his victory.

Speaking to ZIZ News, Astro said this is the payoff for his years of hard work.

The newly crowned Calypso Monarch said he will now go on to represent the Federation on the regional stage.

“Thanks to all the DJ’s and radio stations that played my music for this year. Thank you very much. I love you. Thanks to the Legends Band and the Legends family, my family and the fans…everybody who travelled from Nevis with me. I’m gonna represent my country of St. Kitts and Nevis in Anguilla and I’m gonna prove to them that this isn’t a one-off thing. I’m gonna do it in Anguilla. And I’m gonna mash them up in Culturama as well,” he said.

The first runner-up position went to Kimara “Lady Diva” Martin who performed “To Be Cancer Free” and “Dear Fans”.

She said she delivered two of her strongest calypso performances ever in the finals.

“Well my performance was my utmost best so I’m very proud of myself. I couldn’t give any more. That was my best. And I will be back next year, hitting harder and vying for that crown,” she said.

The second and third runner-up positions were separated by a mere point with veteran calypsonian Socrates edging out Queeny G.

Socrates performed his songs “Holy Wars” and “Socra Don’t Have To Sing” while Queeny G sang “Legacy” and “No Ordinary Being”.