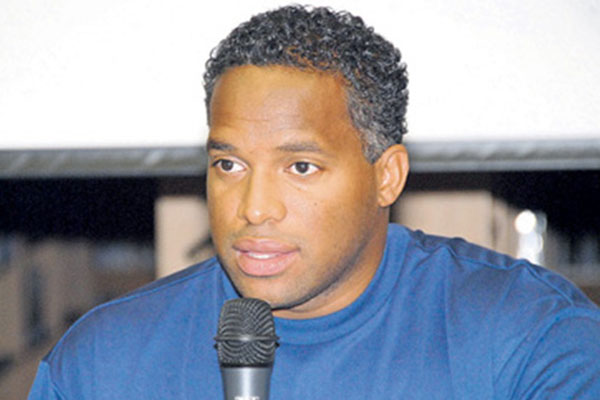 The report, published in the Northern Territory (NT) News yesterday in Australia, alleges Boldon and Peris had an extra-marital affair back in 2010, when he was “handpicked” by Peris, now a senator, to run the ten-day Jump Start to London training programme.

The paper also alleged in its breaking story yesterday Peris used taxpayers’ funds to finance her “extra martial sexual tryst” with the then 35-year-old Boldon back then.

However, in a statement on his Facebook page yesterday, Boldon accused NT News of gross fabrications, saying Peris “is a former training partner of mine and has been a friend for almost 20 years”.

Boldon said his trip to Australia back in 2010 was for the purpose of holding several youth clinics and that it was a successful undertaking.

“The trip was co-organised by one of my now-deceased colleagues at Athletics Australia,” Boldon said, adding: “I will be following the senator’s lead, including, but not limited to, pursuing all legal action possible for this malicious misrepresentation of the details surrounding my presence in Australia in 2010.”

Ato Boldon’s father, Guy Boldon, told the Express yesterday he was unaware of the sex scandal issue, and that he first heard of it in a brief call from a friend yesterday afternoon.

Social media was buzzing among locals with the news of the alleged sex scandal. On Twitter, followers of Boldon’s page poked fun at the former athlete and NBC broadcaster.