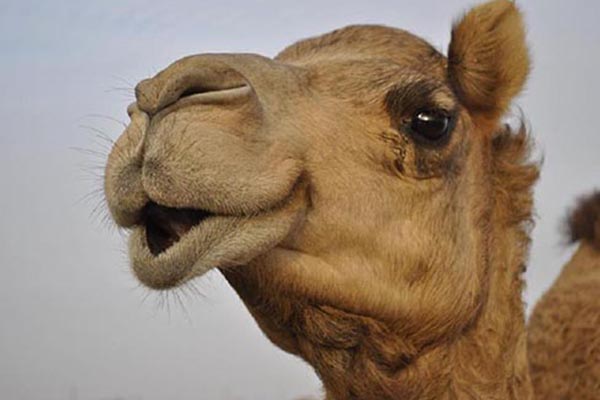 Lyon, France (AFP) — A four-month-old baby boy is in hospital after a circus camel bit him on the head, French police said on Thursday.

The incident happened on Saturday as the baby boy and his mother visited the circus in the southeastern French town of Megeve.

The mother was carrying the boy in a front sling and was looking at the camel in its enclosure when suddenly it bit the baby on the head.

“We weren’t feeding it or stroking it,” the mother told the local Dauphine Libere newspaper.

She said the bottom lip of the camel clamped onto her son’s forehead, with the top lip at the back of his head.

The baby’s life is not however in danger.

The mother told Dauphine Libere that he had sustained “multiple fractures” but “should not suffer any after-effects.”

Hearing the mother scream, police rushed to the scene and called the emergency services.