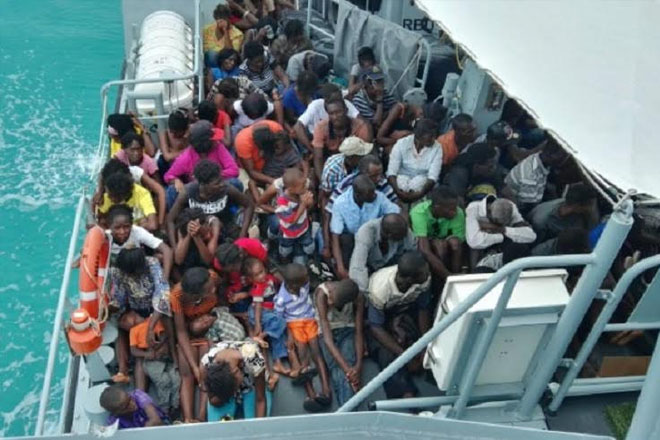 The Royal Bahamas Defence Force (RBDF) has apprehended 199 Haitians off the west coast of the Bahamian island of Andros.

The BDF was on routine patrol near north Andros last Friday when it was diverted to investigate the sighting, which was initially reported by police in Red Bays, North Andros.