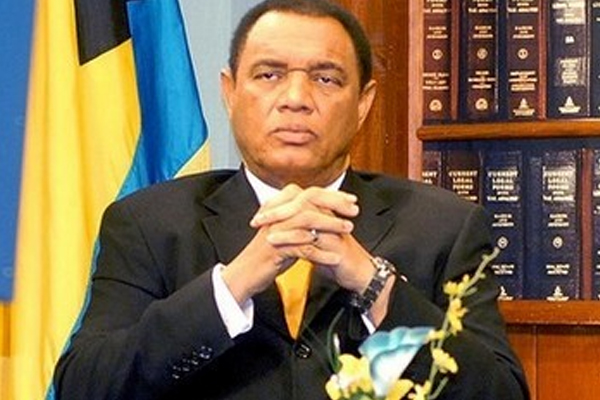 Nassau, Bahamas — The prime minister of The Bahamas, Perry Christie, has again come to the defence of international financial centres (IFCs) in the Caribbean, stating that the regimes are far more robust than the ones that exist in countries that continue to fight offshore financial services in the region.
In the opening address to delegates attending the third Caribbean Conference on the International Finance Services Sector facilitated by the Caribbean Export Development Agency, Christie blasted those who, according to him, believe that there is “something intrinsically sinister about the accumulation of wealth in offshore jurisdictions.”

“We reject that premise and we criticise in the strongest possible terms the efforts of some to maim and cripple, if not destroy the offshore economies within our region. Ironically, the anti-money laundering, anti-terrorism funding and anti-criminal regulatory regimes of many of our countries are far more robust and demonstrably far more effective than the corresponding regulatory regimes in many of the same countries that are leading the fight against us,” he said.

According to Christie, regional offshore financial services can be “responsibly operated and regulated.”
He stated that the sector represents true tax competition and “in the great majority of cases, affords and honest opportunity for families and individuals alike to protect their privacy while accumulating lawfully earned capital for themselves and future generations. Moreover the evidence is overwhelming that most of the investment of this offshore wealth takes place in and generally benefits the developing world.”

The prime minister noted that the destruction of the offshore financial service economies will inevitably destabilise the countries that depend on them for their livelihood.

“To destroy this sector in the Caribbean would effectively cause tens of thousands of newly empowered middle class citizens to slip back into poverty or migrate to the developing world…the developed world may well end up finding that it has only solved one problem by creating an infinitely bigger one for itself,” he added.

Concerning the financial development of the region, Christie said the free trade of international financial services must continue to grow and this can be achieved by adhering to international best practices.

Christie went on to challenge the United Nations to take the lead in developing and refining multi-lateral global mechanisms for the governance of the offshore financial services sector that will meet the demands of the developed world for the protection of the fiscal systems.

The conference is jointly hosted by the Caribbean Export Development Agency and the government of The Bahamas, with the focus of providing a forum for policy makers, regulators and finance practitioners of Caribbean international financial centres to interact with the architects of the major global financial policy initiatives.