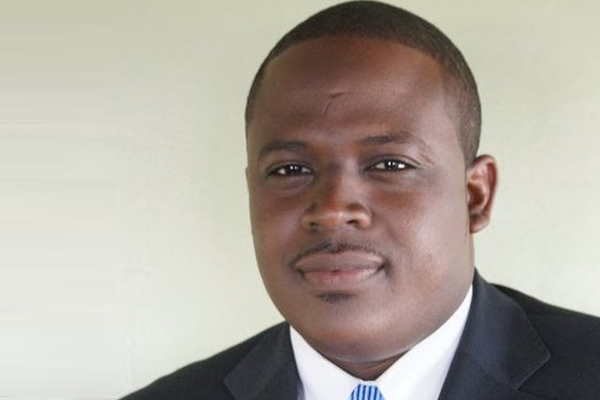 Police on patrol saw a government-issued vehicle in the middle of the road at around 4:30 am.

The black Hyundai Tucson sports utility vehicle had collided with a lamp pole near that intersection.

When officers arrived on the scene, Mackey, 37, was found slumped over in the driver’s seat with a gunshot wound to the neck. He was pronounced dead at the scene.

Royal Bahamas Police Force Assistant Commissioner Anthony Ferguson said police do not have a motive for the killing. He appealed to those with information to come forward.

Up to press time last night, Superintendent Paul Rolle, who heads the Central Detective Unit, also said police had no apparent motive and no one in custody, for the killing.

However, sources close to the investigation told The Guardian that the crime scene yielded several clues that have raised questions for officers.

Police sources said Mackey left a sports bar he manages alone around 3 am on Monday.

Police are trying to determine whether Mackey was shot from inside or outside of the car.

One thing that has baffled police is that Mackey was reportedly found with several thousand dollars in cash on him when officers arrived at the scene.

He was appointed as BIS deputy director in June 2012.

Luther Smith, director general of BIS, said the organization is “saddened and shocked” about the loss of “one who was so promising”. He called his death a savage act and said he hopes those responsible are brought to justice.

BIS deputy director Elcott Coleby described Mackey as an ambitious young man. He said he was in disbelief about Mackey’s death because they spoke just days earlier.

Outside the House of Assembly, Christie said he was in complete shock about Mackey’s murder.

“He [was] calm. No violent thoughts. No violent expressions. And so you least expect it to have him the subject of the kind of horrific incident that happened to him. I was shocked.”

The murder count for 2014 now stands at 82, according to Guardian records. There have been five murders on New Providence since Saturday night.