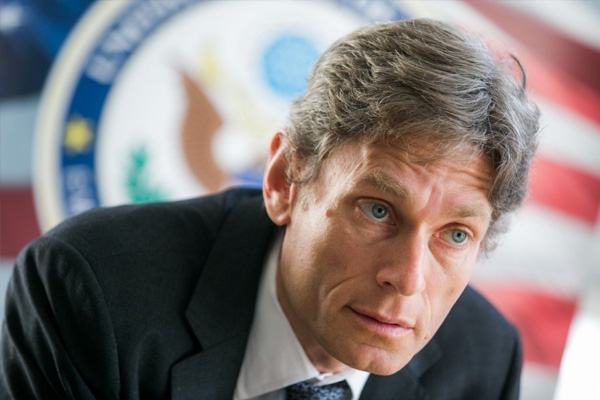 (CNN) — Bahrain has ordered the expulsion of a U.S. diplomat for meddling in the country’s internal matters, the kingdom’s foreign affairs ministry said.

Tom Malinowski, U.S. assistant secretary of state for democracy, human rights and labor, is “unwelcome and should immediately leave the country” due to his “interference in its internal affairs,” the ministry said.

“These activities have included holding meetings with one party, leaving out others who represent different parts of society, which is indicative of an approach which discriminates amongst the people of this one nation,” the ministry said.

The U.S. State Department said it is deeply concerned with Bahrain’s demand, saying Malinowski’s visit was coordinated far in advance and warmly welcomed by Bahrain, “which is well-aware that U.S. government officials routinely meet with all officially-recognized political societies.”

“Contrary to our longstanding bilateral relationship and in violation of international diplomatic protocol, the government insisted … to have a Foreign Ministry representative present at all of Assistant Secretary Malinowski’s private meetings with individuals and groups representing a broad spectrum of Bahraini society, including those held at the U.S. embassy,” State Department spokeswoman Jen Psaki said.

For its part, Bahrain said it reaffirms its “strong and solid relations with the United States of America, and underlines that the progress and development of these ties should not be affected by such unfortunate acts.”

Bahrain has made headlines over the past three years after pro-democracy protests sparked a government crackdown.

In 2011, at the height of the Arab Spring, Bahraini citizens demanded democratic reforms and other changes in the way the country was run.

In February, the king has ratified a new law that imposes a prison sentence of up to seven years and fine of up to $26,500 for anyone who publicly insults him, state-run media said.

The measures stipulate a minimum sentence of one year in jail and $2,600 fine for “any person who offends in public the Monarch of the Kingdom of Bahrain, the flag or the national emblem,” according to Bahrain News Agency.

“Aggravating circumstances will be applied if the offense occurred in the presence of the King,” it said.