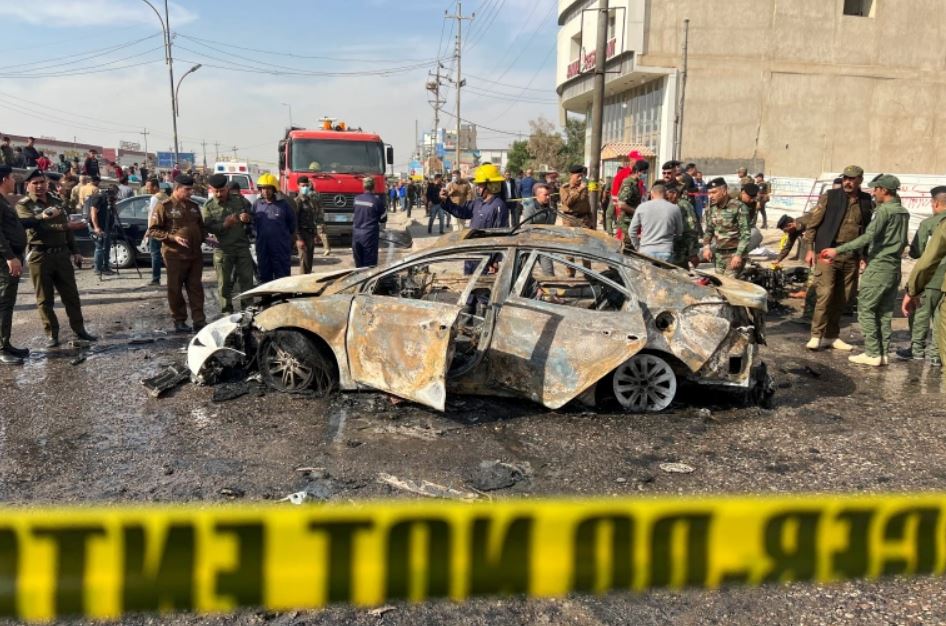 At least four people have been killed and four others wounded in an explosion that rocked the centre of Iraq’s southern city of Basra, the Iraqi military said.

In a statement on Tuesday, the military said a motorcycle rigged with explosives was the cause of the blast, which sent a column of black smoke into the sky.

Iraq’s Security Media Cell, an outlet affiliated with the country’s security forces, said the four people died as a result of the fire in two cars that were near the motorcycle.

“Forensic experts and specialised technical teams are still present at the scene of the accident to determine its nature and give more details about the nature of the accident,” said Saad Maan, the head of the Security Media Cell, in a statement.

“The cell will announce in a later statement broader details after completing investigations and technical reports,” he added.

In a statement, a senior security source told the Rudaw media network that the explosion took place opposite al-Jumhouri Hospital in the city centre by the al-Samoud intersection.

There was no immediate claim of responsibility for the explosion. Basra Governor Asaad al-Edani told reporters the blast “carries fingerprints of Daesh (ISIL, or ISIS)”.

The last time ISIL carried out an attack in a major Iraqi city was in July, when a suicide bomber killed 35 people at a crowded market in Baghdad.

Bomb attacks in southern Iraq, where the bulk of the country’s oil is produced, are relatively rare, particularly since the defeat of the ISIL (ISIS) armed group in 2017.

There has been an increase in political instability in Iraq following the October 10 parliament elections which saw populist leader Muqtada al-Sadr emerge as the biggest winner.

Shia armed factions loyal to Iran which lost around two-thirds of their parliamentary seats have rejected the results of the election, alleging fraud.