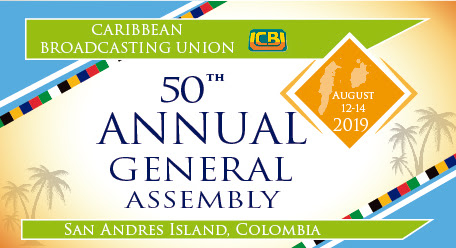 CBU President, Gary Allen, said that 121 entries had been received from all 10 of the member entities from seven countries across 17 categories.

The entries were assessed by a three-person judging panel drawn from Jamaica and Grenada.

In the television category, RJRGLEANER in Jamaica won the Best Documentary for its submission “Pothole Paradise,” while the Best magazine Programme went to ICRT of Cuba.

“Pok-Ta-Pok, an Ancient but Re-emerging Sport in Belize, while RJRGLEANER walked away with the Best Investigative Report on “Controversial FLA License”.

For the coverage of HIV/AIDS prevention, treatment, care and support, ICRT of Cuba won that category for its submission “in the Fraction of the Moon”, while  Best Commercial Spot went to Great Belize Productions Ltd for “The Belize Bank Ltd First Time Home Ownership Loans”.

Belize also took the top award in the category “Disaster Resilience, while Trinidad and Tobago’s CCN TV6 was adjudged the winner in the category of Responsible coverage of children issues for its submission “Children Need Help For Surgeries”.

In the radio category ICRT of Cuba won the Best Documentary and Best Drama programmes, while RJRGLEANER won the Best News Item.