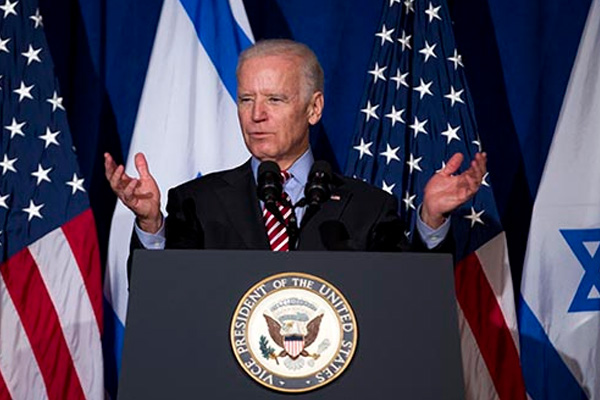 Biden Says US Would Defend Taiwan if Attacked by China

Taipei, Taiwan – US President Joe Biden says he would use force to defend Taiwan if it was attacked by China, appearing to signal a shift away from Washington’s decades-long policy of so-called strategic ambiguity towards the East Asian democracy.

Biden made the remarks on Monday while visiting Japan, where he is on the second leg of his first trip to East Asia since taking office last year.

Responding to a reporter’s questions about Taiwan at a press conference with Japanese Prime Minister Fumio Kishida, Biden said defending Taiwan was a “commitment we made”.

He said while the US agrees with the “one China policy” – which states there is a single China but does not define it – the idea that “Taiwan can be taken by force” is “not appropriate”.

He warned Beijing was already “flirting with danger right now by flying so close and all the manoeuvres undertaken” – referring to a growing number of Chinese sorties, naval exercises and other power projections in the Taiwan Straits.

Beijing still claims Taiwan, whose formal name is the Republic of China, as a province and has not ruled out unifying the two sides by force.

China responded immediately to Biden’s comments saying “no one should underestimate the firm resolve, staunch will and strong ability of the Chinese people in defending national sovereignty and territorial integrity”.

Taiwan’s foreign affairs ministry said it welcomed Biden’s comments for “reaffirming” Washington’s “firm commitment to Taiwan” and would deepen cooperation with countries including the US and Japan.

“The challenges China poses to the security of the Taiwan Strait have aroused great concern to the international community,” a spokesperson said. “Our government’s firm determination to defend Taiwan’s freedom, democracy and security has never changed.”

The comments mark the third time that Biden, 79, has made such a statement only for it to be quickly walked back by White House staff.

Shortly after Biden’s remarks on Monday, an unnamed White House official told reporters there is “no change in US policy towards Taiwan”, according to the Reuters news agency.

Matthew Kroenig, deputy director of the Atlantic Council’s Scowcroft Center for Strategy and Security, said while it is debatable whether or not Biden misspoke, the president’s remarks clarify his thinking on Taiwan.

“Some say it’s a carefully coordinated campaign of ambiguity. Others say that Biden is senile and misspoke. I would argue that at this point the reason doesn’t really matter,” Kroenig told Al Jazeera. “In the event of a war, it would always be up to the president to decide whether to intervene or not regardless of the formal policy. We now have a clear window on what Biden’s decision would be.”

Analysts say the US appears to have been moving away from strategic ambiguity in favour of “strategic clarity” for some time.

“This is both a useful ‘slip of the tongue’ and a revealing reflection of a widely shared assumption within the US government. Biden has done this multiple times before, be it at the CNN Townhall in early 2021, or his statement about the non-existent ‘Taiwan agreement,’” Wen-ti Sung, a political scientist who teaches at Australian National University’s Taiwan Studies Program, told Al Jazeera.

“This time Biden’s statement itself seems illogical but the sentiment and signal it sends are politically very useful,” Sung added.

The US has long promised to help Taiwan defend itself under the 1979 Taiwan Relations Act, but it has stopped short of pledging to send troops or directly participate in any conflict.

The Act says only that the “United States will make available to Taiwan such defence articles and defence services in such quantity as may be necessary to enable Taiwan to maintain a sufficient self-defence capability.”

The commitment was made as an assurance the US would not abandon Taiwan after Washington officially severed ties with Taipei in favour of Beijing that same year.

Taipei at the time claimed to represent the legitimate government of China but has in practice largely stopped asserting its claim since democratisation in the 1990s.

China has aggressively pursued brands, private companies and international organisations over the years to support its claim that Taiwan is an integral part of China, and blocked the island from attending meetings at the UN and World Health Assembly.

John Blaxland, a professor of International Security and Intelligence Studies at ANU, said Biden is taking a page from Beijing’s book by ratcheting up his rhetoric.

“My sense is that Biden sees the combative [Chinese] rhetoric over Taiwan as warranting presidential pushback,” Blaxland told Al Jazeera. “That confidence in pushing back appears to have been bolstered by the Ukraine experience, which undoubtedly has rattled China’s exuberance over martial plans for conquest.”

Beijing’s growing assertiveness in Asia, including the strategically important Taiwan Strait and the South China Sea, has raised concern among many of its neighbours in the region.

Taiwan also occupies a critical place in the US’s “first island chain” defence strategy aimed at keeping China from expanding its reach in the Pacific.

The self-ruled island’s strategic position has brought it to the attention of the EU and NATO, as well as security alliances like AUKUS – uniting Australia, the UK, and the US – and the Quad, comprising Australia, India, Japan, and the US.

“For years, US strategists argued the ambiguity was a good thing. It kept Beijing guessing but was not an explicit threat to intervene in what the CCP would see as its internal affairs,” Kroenig said, referring to the Chinese Communist Party.

“As the US-China relationship has deteriorated, and the military balance in the Taiwan Strait shifted, many US strategists have called for the US to clarify its commitment.”

Ross Feingold, an Asia political risk analyst based in Taipei, said American officials will probably emphasise over the coming hours that Biden’s comments meant the US would “provide military equipment” in the event of China’s invasion of Taiwan.

“If he can have a do-over he’d probably change the way he replied to that question,” Feingold told Al Jazeera. “Unfortunately, it causes a lot of confusion not just here in Taiwan, but in the United States as well as with China.”