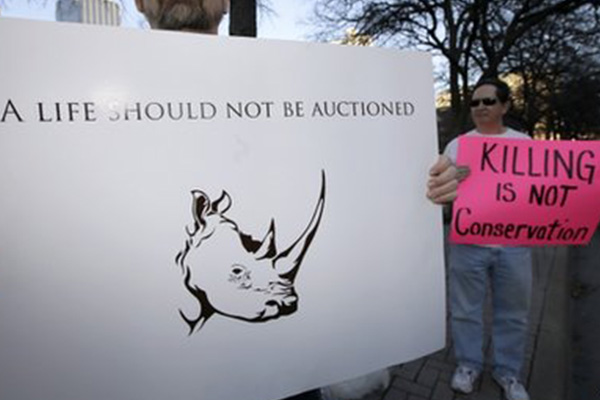 The Dallas Safari Club in Texas says the hunt will help protect the species by removing an old aggressive rhino, and funding future conservation.

However, the auction has been fiercely criticised by conservationists, and has even drawn death threats.

Namibia is home to about a third of the world’s 5,000 black rhinos, and issues just three hunting permits a year.

It is the first time a permit has been auctioned outside the southern African nation.