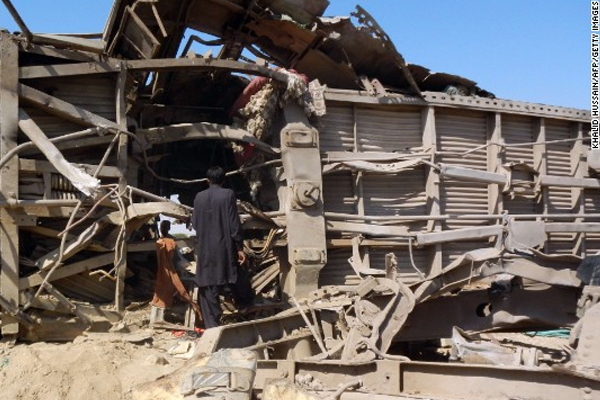 Three improvised explosive devices went off in a coordinated manner as the train approached an area in the Naseerabad district of the province, said Muhammad Azhar, a local police official.

The train, the Jaffar Express, had come from Pakistan’s most populous province, Punjab, Azhar said.

The explosions damaged the train and the rail tracks, he said, and authorities suspended the train service after the attack.

There has been no claim of responsibility for the attack.

Baloch separatists have been targeting security forces and infrastructure in the region for more than a decade.