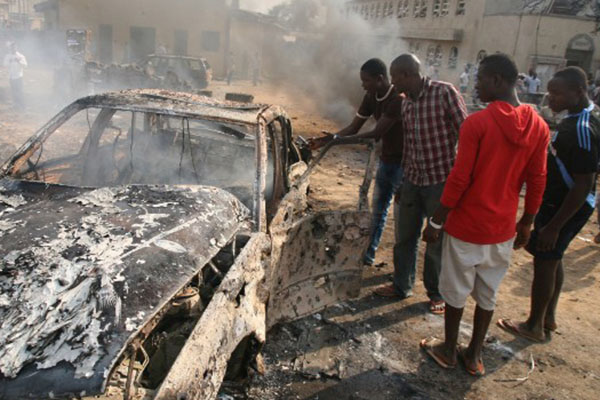 (CNN) — The Islamist terror group Boko Haram kidnapped at least 97 men and boys and killed 28 people this week in a raid on villages in Borno State in northeast Nigeria, a local leader and residents said Friday.

Boko Haram gunmen also injured 25 others during the raid in which scores of homes were burned, the sources said.

The gunmen raided the farming and fishing village of Doron Baga and surrounding villages on the shores of Lake Chad, about 110 miles north of the state capital, Maiduguri.

The raid and kidnappings occurred on Monday, but the news did not emerge sooner due to lack of communication and because cell phone towers were destroyed in previous Boko Haram attacks.

Boko Haram has been active as a violent group since 2009 and has killed Nigerians, both Christian and Muslim, at rates frequently exceeding 100 people weekly.

The terror group abducted an estimated 276 girls in April from a boarding school in Chibok in northeastern Nigeria. Dozens escaped, but more than 200 are still missing.

The name “Boko Haram” translates to “Western education is sin” in the local Hausa language. The militant group is trying to impose strict Sharia law across Nigeria, the most populous country in Africa.

In late July, suspected Boko Haram gunmen abducted the wife of Cameroon’s deputy prime minister in a dawn attack on his home village of Kolofata, north of the area where they also kidnapped a local chief and his family, residents and security sources said.