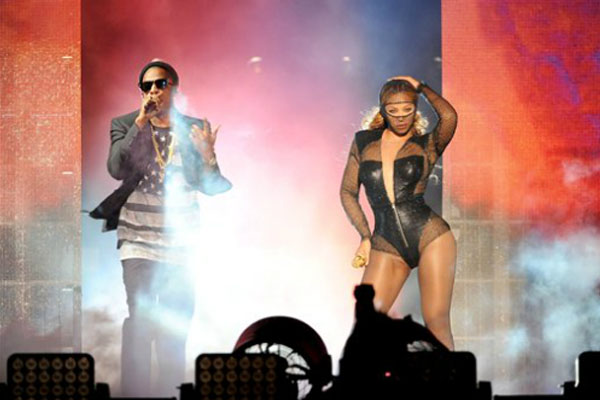 PASADENA, California (AP) — Authorities say a man was arrested at Jay-Z and Beyonce’s Rose Bowl concert in Southern California after allegedly groping a woman and then biting off the tip of her boyfriend’s finger during a fight.

The San Gabriel Valley Tribune reports that 25-year-old Roberto Alcaraz-Garnica of San Diego was taken into custody Saturday on suspicion of sexual battery and mayhem.

Pasadena police Lieutenant John Luna says Alcaraz-Garnica was accused of groping a woman in her 20s. When the woman’s boyfriend confronted him, a fight broke out. Luna says during the altercation the suspect bit off the tip of one of the boyfriend’s fingers.

Police say 10 other people were arrested during Saturday’s concert, which drew about 55,000 fans.

A second concert was held Sunday.