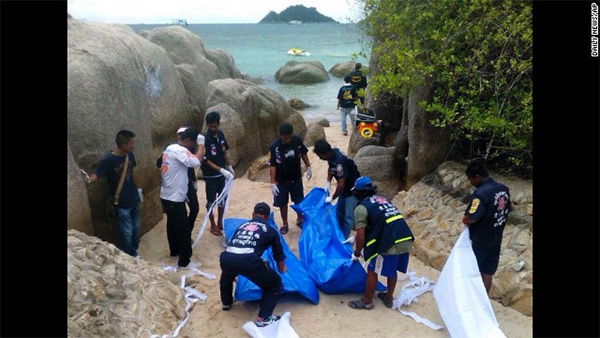 (CNN) — A British man and woman were found dead on a beach on a popular resort island in Thailand, police said Monday.

The two victims were found on the island of Koh Tao, and police are investigating their deaths as murder, authorities said.

The victims had severe injuries to their heads, and a hoe with blood on it was found near the bodies, said Col. Prachum Ruangthong, police chief of Koh Phaghan, the precinct that has jurisdiction over the area.

A search of the victims’ rooms showed no sign of theft, and interviews with friends indicated the victims may have only recently met while on the larger island of Koh Phangan before traveling to Koh Tao for a party excursion.