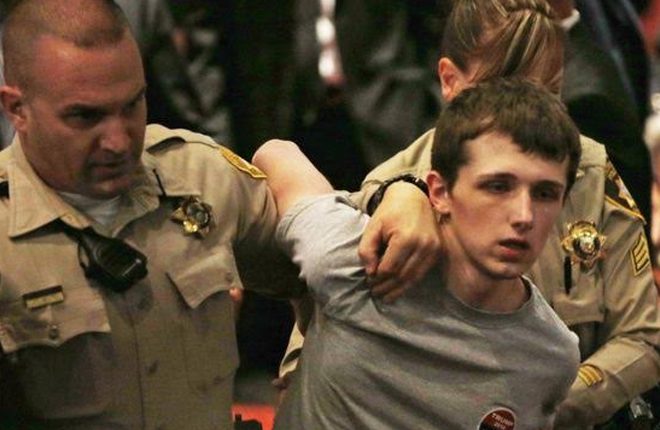 A British man has been sentenced to 12 months and one day in prison over his attempt to grab a gun in a bid to kill Donald Trump.

Michael Sandford, 20, pleaded guilty in September to being an illegal alien in possession of a firearm and disrupting an official function.