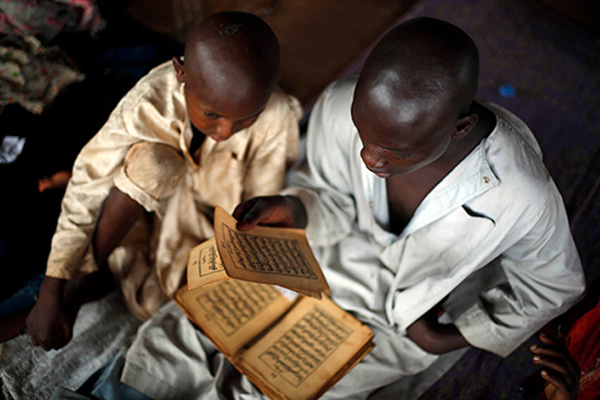 The attack on St Joseph’s Cathedral in Bambari came late Monday afternoon when the fighters accused church officials of helping Christian militiamen operating in the area.

The Rev Thibault Ndemaguia said he had counted at least 17 bodies, while police officials said the death toll was as high as 20.

The violence came a day before French Defense Minister Jean-Yves Le Drian was to travel to the area, near where seven French troops had been wounded recently.

Claire Bourgeois, the UN’s humanitarian coordinator in Central African Republic, strongly condemned the assault on civilians seeking refuge at the church, along with a grenade attack three days earlier on a mosque in Paoua that left 34 people wounded.

“Civilians in Central African Republic continue to be the victims of indiscriminate attacks. I call on all those implicated in the violence to respect the protection of all civilians and ensure their security,” she said.

Central African Republic, where a state of anarchy has long existed outside the capital, exploded into sectarian violence in December 2013 after nearly a year of brutal rule by despised Muslim rebels, many of whom had come from neighbouring Chad and Sudan.

As the rebel government crumbled earlier this year, armed Christian fighters sought retaliation against Muslim civilians they accused of having supported the regime. Angry mobs slaughtered suspected rebels in the streets of the capital on a near-daily basis earlier this year, prompting a mass exodus of tens of thousands of Muslim civilians who feared for their lives.

While the capital of Bangui has seen relative calm since the forced displacement of most Muslim residents, tensions have flared especially in and around the central town of Bambari in recent weeks.