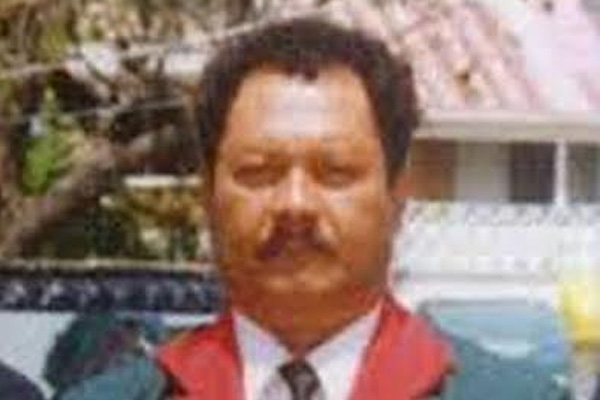 Basseterre, St. Kitts — A call has been made to rename the new Sandy Point Recreation Ground in honour of a Sandy Pointer, the late Andrew Emmanuel Weekes, the only Test cricket umpire St. Kitts has produced.

The call was made on Friday February 27 by commentators, Mr Troy Mills, Mr Glenville Mills, and Mr Anthony Wiltshire, at the highly successful Charles E. Mills Secondary School’s 48th Annual Sports Day that was for the first time held at night following installation of additional lighting the day before.

According to Mr Glenville Mills, “St. Kitts has never produced a Test player, but has produced the only Test umpire so far. Now that this ground is headed to be an international venue with the installation of lights, we strongly believe that this is the only way we could honour a son of Sandy Point by naming the ground after Andy Weekes.”

Another of the sponsors was the telecommunication provider, LIME, who also offered incentives to spectators who had thronged the grounds to cheer their favourite athletes. Prizes were also offered, and due to the great enthusiasm shown, the grand prize was duplicated and two persons each won a Nokia Lumia 530 phone.

The draw which was conducted by LIME’s Consumer Sales Manager, Mr Anthony Morton, and Marketing Officer, Ms Sharisma Patrick, who invited the Deputy Prime Minister and Mister of Education, Youth and Sport, the Hon Shawn Richards, who is also the Area Parliamentary Representative to pick the winning tickets. The grand prize winners were Ms Jamesha Matthew of Sandy Point, and Ms Leann Hebert of St. Paul’s.

The Deputy Prime Minister was called back for another draw, when Sandy Point’s own ‘Beauty Queen’ Ms Jackiema Flemming, who in 2012 won the Miss Roots and Culture Pageant participating as Miss Nigeria, and in December 2014 she placed 2nd runner in the Miss National Carnival Queen Pageant, came up with her own draw for a fruit basket.

According to Ms Flemming, the fruit basket that had been raffled had been donated by Ms Jacqueline Liddie, the parent of one of the school’s top female athletes Krystal Liburd of Red House, and the proceeds from the raffle would go towards helping the school in its participation at the inter-schools competition later this year. The fruit basket was won by Mrs Icilma Williams.