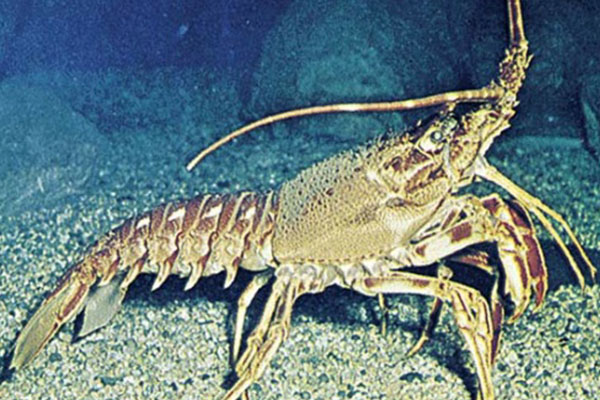 ROSEAU, Dominica (CMC) — The future of the Caribbean’s conch and lobster fisheries remains under threat despite regional efforts to protect it, regional fisheries officials said Wednesday.

The issue is at the top of the agenda of the 12th meeting of the Caribbean Fisheries Forum, the main technical and scientific decision-making body of the Caribbean Regional Fisheries Mechanism (CRFM). The Belize-based agency coordinates the management of fisheries in the Caribbean Community (CARICOM).

Acting Permanent Secretary in Dominica’s fisheries ministry, Harold Guiste, speaking at the start of the three-day meeting, highlighted efforts by the United States to declare conch an endangered species.

“It appears some countries are bent on wanting to exercise control over all the resources in the world,” despite regional systems in place to monitor the harvesting of the delicacies,” Guiste told delegates.

CRFM officials said the agency is concerned that since 2012, American environmental groups have called for the queen conch, a delicacy and the largest mollusc fished commercially across the Caribbean, to be listed as an endangered species in accordance with the US Endangered Species Act.

The issue has been taken to CARICOM’s Council for Trade and Economic Development (COTED) and the foreign ministries in CRFM member countries to develop a diplomatic counterattack.

There are fears that declaring queen conch an endangered species could curtail exports of the delicacy, a senior fisheries official told CMC on condition of anonymity.

Bahamas, Belize, Jamaica and Antigua and Barbuda are the region’s main producing nations with the French departments of Martinique and Guadeloupe as the main conch importers.

Officials have been contending privately that the decision is based on outdated scientific data and does not reflect on the region’s management efforts, which have been recognized internationally.

They added that Caribbean nations already follow the management guidelines set out by the Convention on International Trade in Endangered Species (CITES), the 41-year-old global treaty that blocks international trade in threatened species and protects wildlife from over-exploitation. Queen Conch is currently protected under CITES.

On the issue of overfishing, Guiste put the blame squarely on nations outside the Caribbean that trawl the region’s seas illegally.

“Globally we have noticed a rush to fish accompanied by a lack of responsible behaviour in the fishing sector. This type of hooligan behaviour has resulted in severe decline in some major fisheries of the world and collapse in some others.”

The Dominican official called on the CRFM to work closely with the fishing industry to safeguard against the depletion of the region’s already challenged resources.

The spiny lobster trade brings in about US$456 million to CARICOM nations but demand has led to overfishing of a once health stocks.

In light of substantial yearly losses caused by Illegal, Unreported and Unregulated (IUU) fishing, the proposed Caribbean Community Common Fisheries Policy — nearly a decade in the making — is also getting special attention at the meeting.

CRFM Executive Director Milton Haughton said while regional governments have signed on to the policy mandated by CARICOM, it was not signed at February’s mid-term summit of CARICOM leaders in St Vincent.

The policy is intended to act like a treaty to guide sustainable fisheries for regional development and food security, develop scientific market research, which could lead to easy access to overseas market. The regional policy is also aimed at fostering cooperation on increased fish processing which could offer value added products, save time and money and create jobs, he added.

“We have to strengthen our systems to ensure better conservation and resource management, especially of the resources that are our main commercial resources including lobster and queen conch. Long term sustainability is one of the key challenges facing the fisheries sector in the region s well as globally,” Haughton told the meeting.