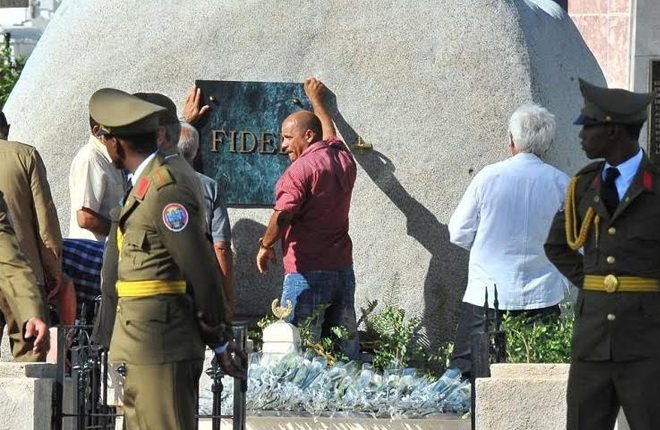 In a private ceremony that was in stark contrast to the public mourning and tributes paid to Fidel Castro since he died on November 25 at the age of 90, the ashes of the late Cuban leader were laid to rest this morning in the city known as the birthplace of the revolution he led.

The ashes were interred next to next to the 85-foot mausoleum of 19th Century Cuban independence hero José Martí in the Santa Ifigenia Cemetery in the southeastern city of Santiago.