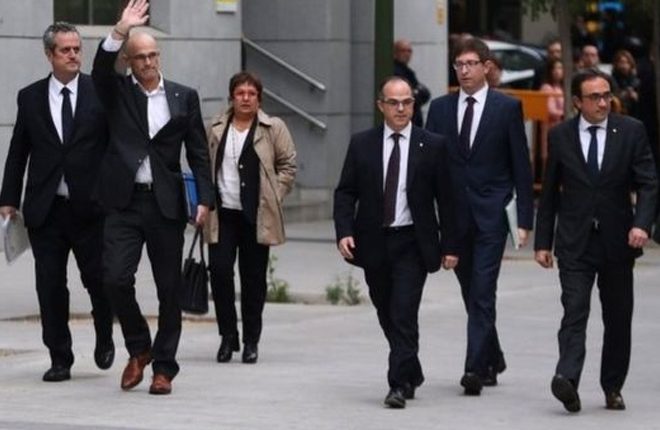 Eight sacked Catalan ministers have been remanded in custody by a Spanish high court judge over the region’s push for independence.

Prosecutors had asked the judge to detain eight of the nine former regional government members who turned up for questioning in Madrid.