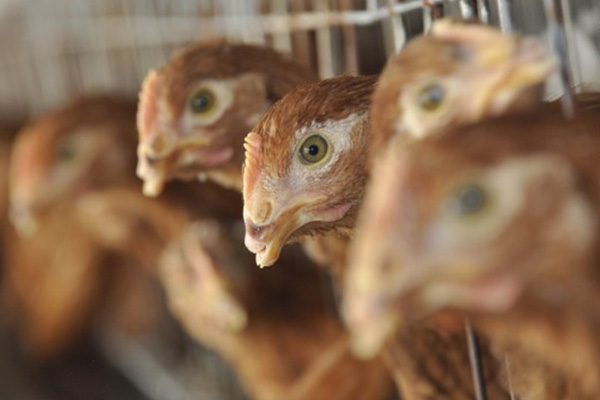 Hong Kong (CNN) — An elderly woman infected with a strain of avian flu that is rarely seen in humans died in China earlier this month — marking the first human fatality from the H10N8 virus.

The 73-year-old woman in Jiangxi province was admitted to a hospital on November 30, suffering from several ailments including severe pneumonia, hypertension, heart disease and a muscular weakness condition. She died on December 6.

The woman had a history of contact with live poultry markets, and had visited a live bird market four days before the onset of her illness, according to the World Health Organization.

“According to expert analysis, initial assessments consider the death as an individual case, and risk of human infection is low,” a release from China’s National Health and Family Planning Commission stated.ate

People who are elderly or immune-compromised, like the patient, are more susceptible to the serious outcomes from flu.

The people who had been around the woman were in normal health, according to Chinese health authorities. Dr. Leo Poon, associate professor of public health at the University of Hong Kong said he was not really concerned with a possible spread of H10N8.

“I think this is an outlier,” he said.

This is not the first human case of the H10 subtype, as the virus has jumped from birds to humans before, according to the scientific literature. In 2010, two Australians workers processing abattoir tested positive for a subtype of H10 infection, but their cases were considered mild.

The H10N8 avian flu virus has been detected in live bird markets in Guangdong Province in China as well as the Dongting Lake wetland, according to previous scientific reports.

Poon said the H7N9 virus, with over 100 confirmed cases in China and two in Hong Kong, is “far more serious.” That virus, first reported in China in March 2013, is believed to result from exposure to infected poultry.

The scope of the disease remains unknown, but has raised concern because most patients with H7N9 have been severely ill and 45 have died.

According to the World Health Organization, there is no evidence of sustained human-to-human transmission of H7N9.