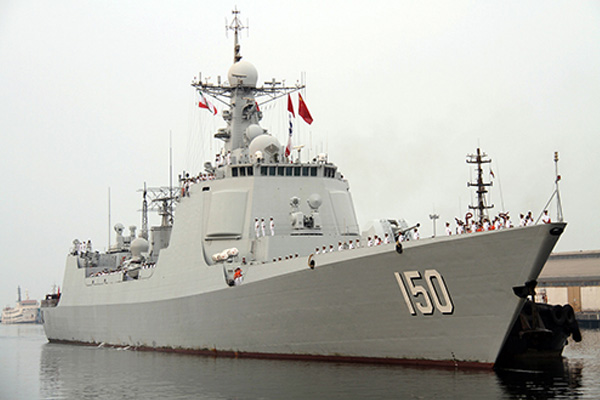 Chinese warships in first call at an Iran port

The four-day visit is the first time a Chinese naval vessel has called at a port in the Islamic republic, across the Gulf from Bahrain where the US Fifth Fleet is based.

The two navies will conduct joint search and rescue exercises and training for maritime accidents, according to Admiral Hossein Azad, a senior commander of the Iranian navy, quoted by media.

Iran’s navy has boosted its international presence over the past few years, in particular to help guard commercial vessels in the Gulf of Aden against pirate attacks.

Ships from Iran’s navy have called at Chinese ports in the past.

Iran and China have greatly enhanced their trade and economic relations in recent years.

Trade between them is this year expected to exceed $45 billion, despite the economic and banking sanctions against Iran because of its controversial nuclear programme.

China is among so-called P5+1 states (the United States, Russia, China, France, UK and Germany) negotiating with Tehran in the hope of ending more than a decade of crisis over the nuclear issue.