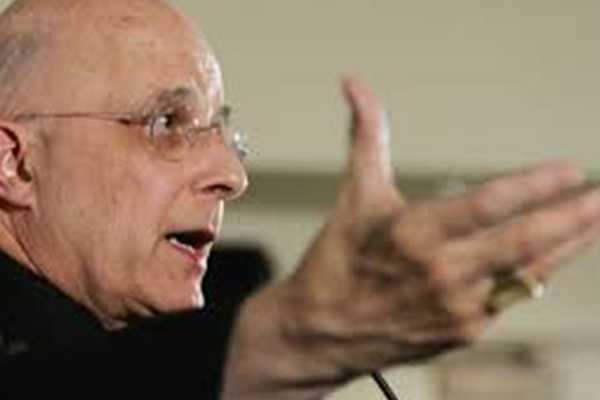 CHICAGO, USA (AP) — The Archdiocese of Chicago will on Wednesday hand over thousands of pages documenting clergy sex abuse allegations to victims’ attorneys who have fought for years to hold the Catholic Church accountable for its handling of such claims.

The attorneys said the documents, which they will make public next week, will offer greater detail on how the church concealed crimes and sometimes assigned priests to positions that allowed them to continue molesting children.

The nation’s third-largest archdiocese agreed to release complaints, personnel documents and other files for about 30 priests with substantiated abuse allegations as part of settlements with abuse victims.

The documents are similar to recent disclosures by other dioceses in the US that showed how the church shielded priests and failed to report child sex abuse to authorities. Chicago officials said most of the abuse occurred before 1988 and none after 1996.

“Until there is public disclosure and transparency … there is no way people can learn about it and make sure it does not happen again,” said attorney Marc Pearlman, who has helped represent about 200 victims of clergy abuse in the Chicago area. He said he has been working to get the church to release the documents since 2005.

George, who has led the archdiocese since 1997, released a letter of apology to parishioners Sunday that said releasing the records “raises transparency to a new level.” He also stressed that much of the abuse occurred decades ago, before he became archbishop.

“I apologize to all those who have been harmed by these crimes and this scandal, the victims themselves, most certainly, but also rank and file Catholics who have been shamed by the actions of some priests and bishops,” George wrote to parishioners.

George said all of the incidents were reported to civil authorities and resulted in settlements with victims.

In fact, the archdiocese has paid millions of dollars to settle sexual abuse claims, including those against Father Daniel McCormack, who was sentenced to five years in prison after pleading guilty in 2007 to abusing five children while he was parish priest at St Agatha Catholic Church and a teacher at a Catholic school. The next year, the archdiocese agreed to pay $12.6 million to 16 victims of sexual abuse by priests, including McCormack.

Files on McCormack will not be among those released; they have been sealed by a judge because of pending court cases, Pearlman said. He said he and St. Paul, Minn., attorney Jeff Anderson will re-release the McCormack documents that they have.

Many of the accused priests are dead, and the documents will include only 30 of 65 priests for whom the archdiocese says it has credible allegations of abuse. That is because legal settlements that required the disclosures involved just those 30 priests, Pearlman said.

Even so, victims and their lawyers said publicizing the documents is crucial to shedding light on how the archdiocese handled accusations against priests – some of whom were moved from parish to parish after they were accused of molesting children – and to help victims and the Catholic Church heal and move forward.

Joe Iacono hopes records related to the priest who abused him more than 50 years ago are among those released.

“For me, it’s going to empower me again … and hopefully it will help others out there struggling to come forward and get help,” said Iacono, 62, a Springfield resident who was abused in the early 1960s while he was a student at St. John Vianney Catholic School in North Lake, Ill.

He said Father Thomas Kelly, who is dead but whom the church has acknowledged abused children, took an active interest in a group of boys, lifting weights with them and inviting them to spend the night at the rectory.

“It was his way of weeding us out and separating us from the rest of the class and making us feel special (so he could) take liberties with us,” said Iacono, who said he tried to forget about the abuse until his daughter was born years later.

Iacono, who met with George and was invited to speak to a priests at a seminary about his ordeal, said he also hopes the release “opens the eyes of parishioners … that we need to hold (church leaders) accountable for their behavior and not allow this to happen again.”

Peter Isely, Midwest director for the Survivors Network of those Abused by Priests, said it is important for all Chicago-area Catholics to read the documents, not just victims and lawyers.

“This is about a part of their story as Chicago Catholics being brought into visibility now (after it was) systematically hidden from them,” Isely said. “It’s physical, material evidence and truth. I can’t tell you how important this is to victims of trauma … it’s something that can’t be denied and wished away.”