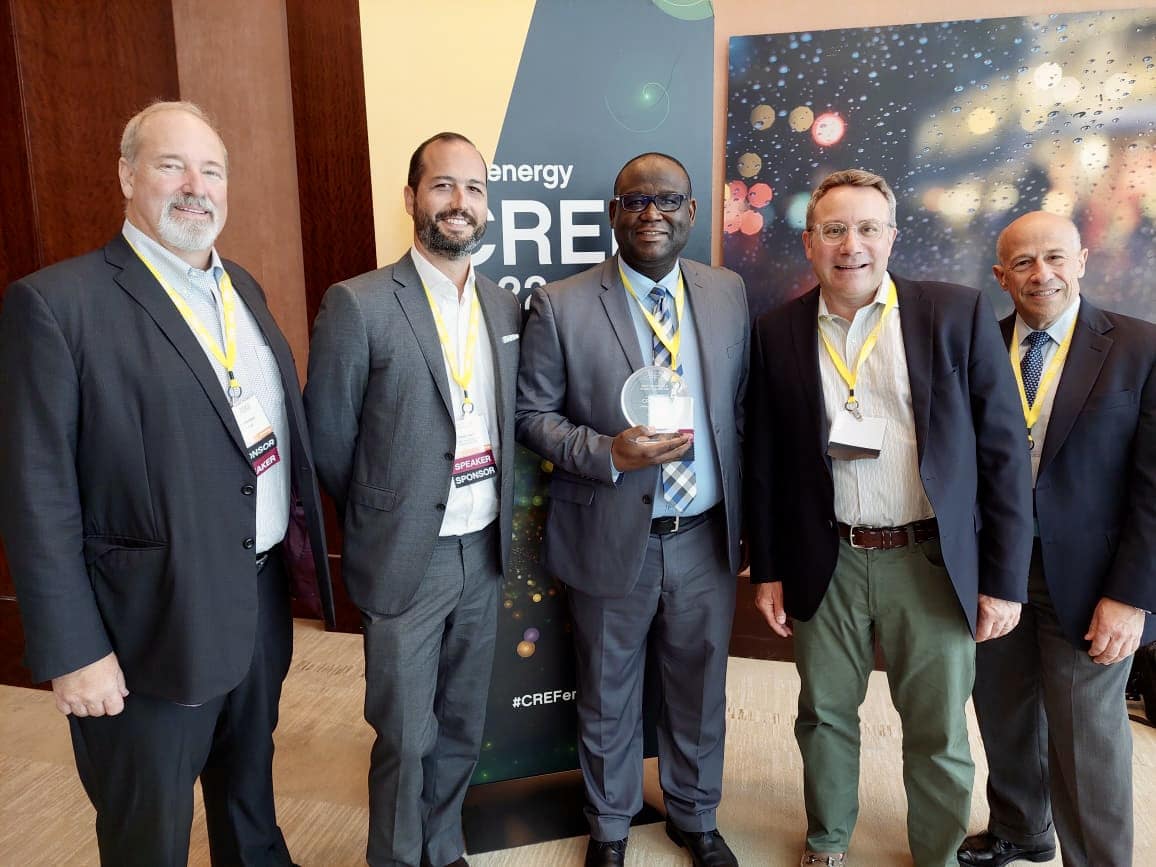 Bridgetown, Barbados, April 29, 2022: – When the Caribbean Renewable Energy Forum (CREF)  gathered for its 14th session in Miami, Florida, recently, CIBC FirstCaribbean was named the recipient of the award for Best Renewable Energy Financing in the 2022 CREF Industry Awards.

The forum returned to its first in-person gathering where over 25 countries, including regional stakeholders, were in attendance for the April 26-28 caucus.

CIBC FirstCaribbean was recognised for its innovation and leadership in corporate financing of key initiatives in the renewable energy sector. Between 2020-21, the bank spearheaded the refinancing of project portfolios of two major renewable energy players in the Caribbean: BMR Energy, a developer of wind and solar photovoltaic (PV) assets in multiple territories of the region and Central America; and  WRB Energy, an investor in the largest utility-scale solar PV plant in Jamaica. In so doing, the bank continued to express its confidence in the sector by demonstrating that regional financial institutions are at the table to support the region’s energy transition and emphasise that renewable energy investments can access financing options within our region to accelerate this transition.

Chief Executive Officer, Colette Delaney observed that the bank’s commitment over the period for which the award was adjudicated, “represents a departure from the historical construct where extra-regional development banks have been the main financiers of renewable energy projects within our region. Renewable energy developers now understand that our support for projects in the sector  means that there is more than a single pathway to financing their projects in the region.”

“Our bank will continue to focus on the types of investments that can be a catalyst to our region’s recovery, such as renewable energy investments. Infrastructure investment, in general, is important to stimulate the economy, put people back to work, create new jobs and encourage increased cash flow circulation to resuscitate our economies and ensure our future success,” noted Ms. Delaney.

CIBC FirstCaribbean continues to be acknowledged for its role in arranging similar financing initiatives in the renewable energy space. In 2017, the bank received the CREF “Project Finance Deal of the Year”  award for the financing of the first utility-scale solar PV project in the Cayman Islands.

CREF is the largest annual gathering of the energy market in the Caribbean, with a particular focus on clean energy. Through events, webinars and market intelligence, the conference organisers, New  Energy Events LLC, has supported the global transition to clean energy since 2009. The forum continues to bring together policymakers, regulators, utilities, investors, developers and financiers in an environment which encourages the market to meet and network, with a view to inspiring action in the industry.