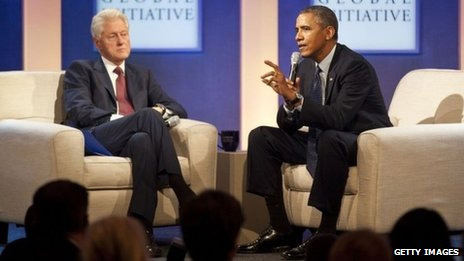 Insurance companies have cancelled numerous policies that do not meet the law’s strict requirements, even though Mr Obama initially pledged otherwise.

Mr Clinton said his fellow Democrat should “honour” his commitment, even if it means changing the law.

In addition to the cancelled insurance policies, the federal website established under the law – which allows consumers to shop for private health insurance plans – has been plagued by glitches.

Mr Clinton campaigned for the Affordable Care Act, but now he is the latest politician to speak out against it.