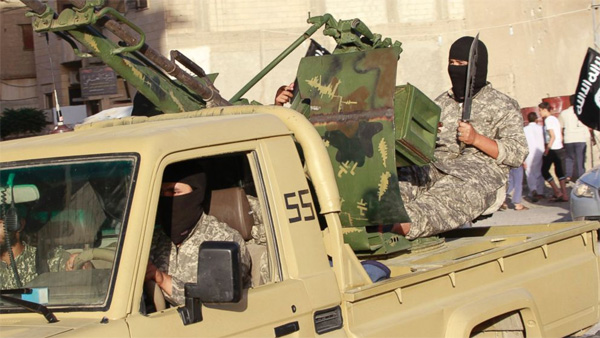 (CNN) — A Colorado woman was arrested at the Denver airport in April and charged with conspiracy to provide material support to terrorists, according to court documents that were unsealed Wednesday.

Shannon Maureen Conley, 19, allegedly told FBI agents before her arrest that she was going to be with a member of the Islamic State in Iraq and Syria, or ISIS, that she had met through the Internet.

“It’s a difficult time for us,” her mother, Ana Conley, told CNN on Wednesday.

Conley’s attorney, Robert William Pepin, said he had no comment.

His client was arrested on a jetway while trying to board a flight to Germany on April 8, according to a criminal complaint. She told investigators she was going to Turkey to await word from her suitor.

Conley, a certified nurse aide, had told FBI agents she was going to be the man’s wife and a nurse in a ISIS camp near the Turkish border, documents showed.

Conley first came to the attention of authorities after the pastor and the security director at a church in Arvada, Colorado, called police and said she was acting suspiciously. Authorities interviewed her seven times over the course of five months before arresting her at the airport.

Jeff Dorschner, a Department of Justice spokesman, said there was a June 26 status hearing at which the judge ordered the documents in the case to be unsealed.

Conley’s next court date has not been scheduled. She is in the custody of U.S. Marshals.

Conley faces up to 15 years in prison if convicted.