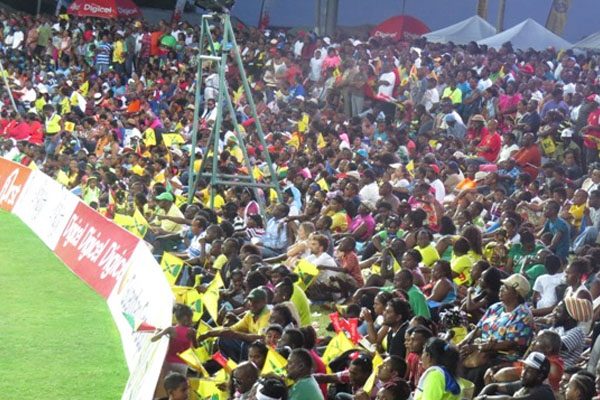 Basseterre, St. Kitts (CUOPM) — A new, independent economic impact study revealed Thursday that the Caribbean Premier League (CPL) injected a massive US$166 million into the region’s economy during the 2014 tournament – a significant increase of 58 percent on 2013.

Host country for the finals, St. Kitts and Nevis, reaped significant benefits with a whopping US$25.1 million invested in the local economy – second only to Barbados with US$28.7 million.

The positive economic impact was also felt on the ground with thousands of new jobs being created in tourism and travel across the region and more than 156,000 jobs positively impacted.

An estimated 217,176 regional and international spectators watched the competition live with incremental spend (excluding accommodation and airfares) amounting to US$47.4 million. More than 21,500 international visitors, approximately 10 per cent of total spectators), attended CPL 2014, spending US$7.9 million.

The study also revealed that there was a marked increase in viewership with the international television audience increasing from 36 million in 2013 to 65 million in 2014. Twenty-nine broadcasters from around the world aired the games live.

“These results are fantastic and are a testament to CPL’s significance as an economic driver in the region,” said. Caribbean Premier League CEO, Damien O’Donohoe.

“While we have always said that the Caribbean is without doubt the natural home of T20 cricket, we are very proud to say that CPL is now a truly international event – appealing to fans and players from around the world – and one that the people of the Caribbean should be very proud of.”