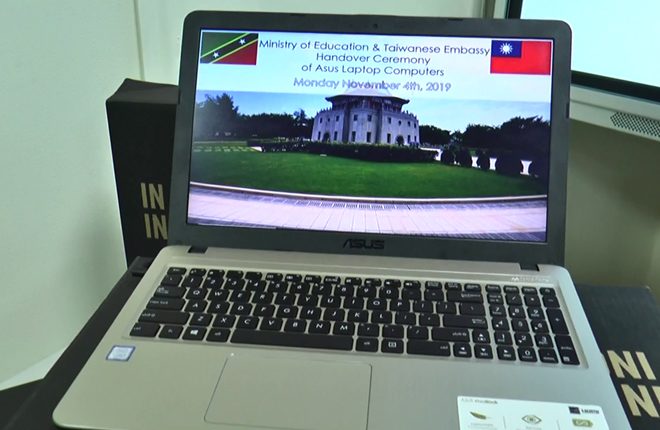 Donation of Laptops from Taiwan to Ministry of Education

The Ministry of Education has received 30 laptops from the Embassy of the Republic of China Taiwan on behalf of Taiwanese Tech Company ASUS.

A handing over ceremony was held on Monday at the IT Centre.

Referring to the donation as timely and important, Resident Ambassador of the Republic of China Taiwan His Excellency Tom Lee said technology plays a major role in today’s society.

Ambassador Lee thanked ASUS who made a similar contribution of laptops to the Ministry of Education two years ago.

He pledged Taiwan’s commitment to contributing to the federation in the area of ICT development.

In thanking the Taiwanese for the donation, Minster of Education Hon. Shawn Richards promised that the computers will be put to good use.