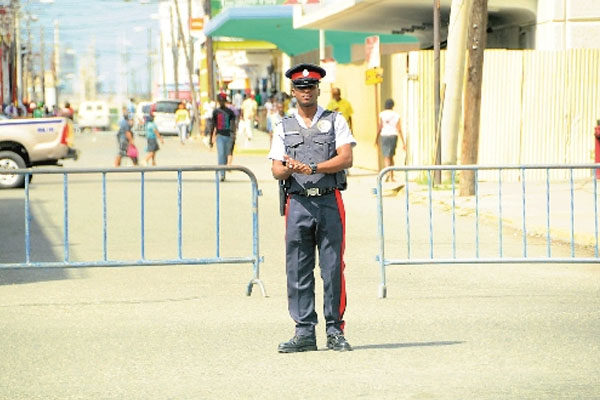 Kingston, Jamaica — Business owners in downtown Kingston are not in favour of the police’s decision to lock down sections of the busy corporate district which surrounds the Supreme Court as the high-profile case involving entertainer Vybz Kartel draws to a close.

Business owners are arguing that the police action is compounding an already troubled district.

One businessman, who wished to remain anonymous, told OBSERVER ONLINE that instead of a lockdown, if security concerns were foreseen, the matter should have been moved to another location.

The police announced Wednesday that, starting today, roads in the vicinity of the Supreme Court will be cordoned between 9:00 am and 5:00 pm.