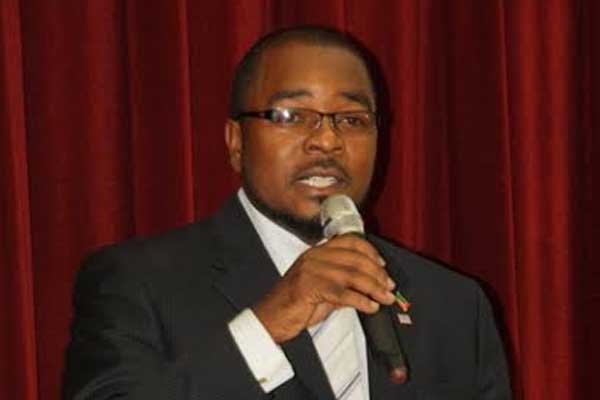 Dr. Vance Gilbert says he will not be intimidated by Acts of Vandalism

(ZIZ News) — The St. Kitts-Nevis Labour Party’s candidate for Constituency Seven, Dr. Vance Gilbert has said that he will not be intimidated or discouraged by recent acts of vandalism targeted at his political billboards and posters.

“Dr. Harris should know by now Vance Gilbert cannot be intimidated. I am the one who would see him on a field and walk across and shake his hand in front of everybody and he has to wait 10 seconds before he actually decides to shake my hand. I am that one. So he knows he can’t intimidate me. The people of number seven must stand up and talk out against these things because I will not allow these kinds of things to happen. I will not allow these kinds of things to continue because he must understand that we are in this thing for the people,” he said.

Gilbert continued that the vandalism showed that Dr. Timothy Harris, his political opponent, is not in tune with present day politics.

“At the end of the day, the boards don’t vote. And so, Dr. Harris is really out of touch. He’s out of touch with the people because the people are saying to me on the ground that ‘don’t be like him’,” he said.

Gilbert went on to remind listeners of his vision to move the country forward.

“Those old time politics of tearing down people boards and vandalising the billboards is really out of place in modern day politics and we are moving to a modern country and that is where we are taking St. Kitts and Nevis so it shows the vision, even now, of what these guys are. They want to take us back into the stone ages. I’m a progressive young man, moving forward. These are modern times. We can have a healthy debate. We can agree to disagree. We can have different views. We don’t have to vandalise and fight and tear down each other. That is not how we are going to move forward as a people. We have to put those kinds of things aside,” he added.