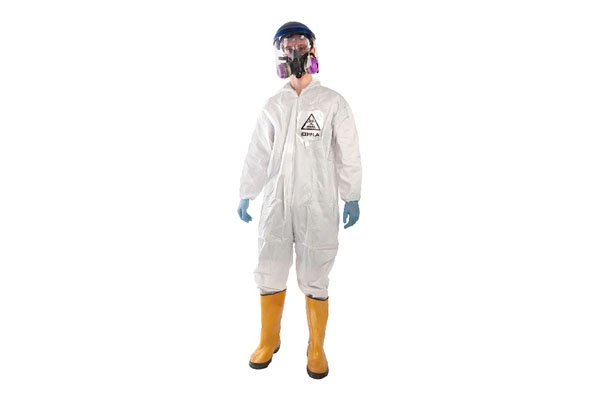 Washington (AFP) — An online retailer in California is making no apologies for marketing Ebola-themed outfits for grown-ups looking to add some shock value to their Halloween party get-ups.

“We can barely keep them in stock,” Weeks told AFP by telephone.

Last Thursday, responding to customer demand, Brands On Sale added a “sexy” version for women at $59.99 that substitutes the coveralls with a white short-sleeve nurse’s mini dress.

“The short dress and chic gas mask will be the talk of Milan, London, Paris and New York as the world’s fashionistas seek global solutions to hazmat couture,” says the blurb on the company’s website.

With fear of Ebola sweeping the United States, the latter costume has stirred up an online furrow, with the left-wing Mother Jones magazine calling it “the stupidest Halloween thing ever.”

In any event, Brands On Sale has sold “less than a dozen” so far, he said, although it is accepting orders — and shipping to 50 countries — right up to Halloween night.

After a decade in the Halloween costume business, Weeks said his company, with its own costume factory, has noticed how media attention and current events drive consumer tastes — and sales — when October 31 draws near.

“When Michael Jackson died, everybody wanted to be ‘Thriller’, and when Heath Ledger died, everyone wanted to be the Joker” from the Batman superhero franchise, he said.

He added: “America and the rest of the world need to lighten up. Halloween is the one day of the year when you can dress up and be anybody you want.”

The National Retail Federation, an industry group, forecasts that Americans this year will spend $2.8 billion on Halloween costumes — including $1.4 billion for adult costumes to be worn by an estimated 75 million grown-ups.