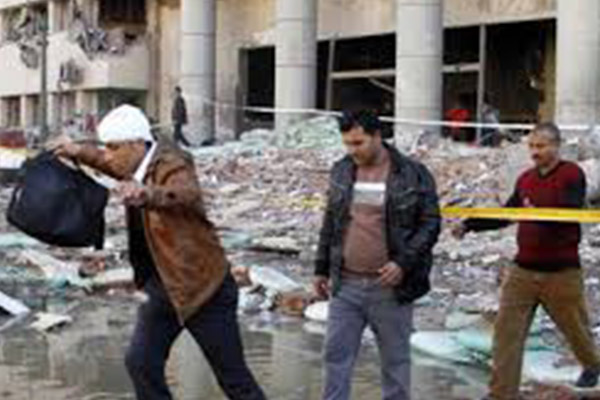 (CNN) — An Egyptian police brigadier general was killed and five other people were injured Wednesday in what the Interior Ministry said was a twin bomb attack outside Cairo University.

In a written statement, the Interior Ministry said Brig. Gen. Tariq al-Mirgawi, police chief of the criminal unit in West Giza, was killed in the blast in front of the university’s main gate.

“Experts determined that the two explosive devices were planted in one of the trees in the area,” the ministry said, adding that an investigation was under way.

State-run Nile TV said the first explosions took place near an engineering facility at the university.

Egypt has faced unending turmoil since the uprising that toppled longtime leader Hosni Mubarak in 2011. Since Morsy’s ouster, the country has suffered the worst internal strife in its modern history. Morsy and other Brotherhood leaders were rounded up soon after.