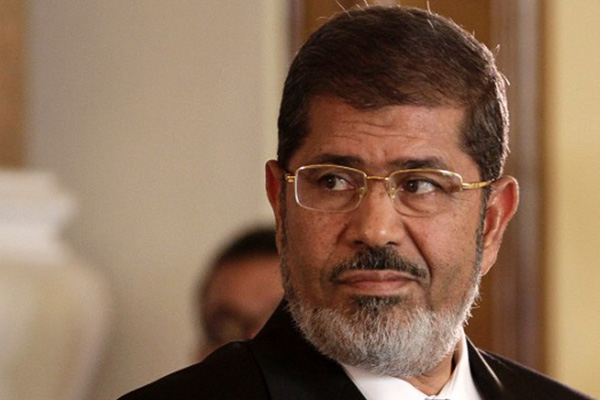 (CNN) — Egypt’s public prosecutor has ordered ex-President Mohamed Morsy and members of the Muslim Brotherhood to stand trial, according to a state-run media report Wednesday.

The deposed leader and 35 Muslim Brotherhood members will be tried, accused of collaborating with foreign organizations to commit terrorist acts and revealing defense secrets, according to the al-Ahram newspaper. Arrests taken to new level in Egypt

Morsy is accused of spying for the Palestinian group Hamas, which the United States classifies as a terrorist organization, and assisting in acts of terror inside Egypt, judicial sources told al-Ahram.

His 35 co-defendants, who include former presidential advisers and prominent members of the Muslim Brotherhood, will face a court for “collaborating with foreign states to commit terrorist acts in Egypt, revealing defense secrets to foreign countries, funding terrorists and military training to achieve the purposes of the international organization of the Brotherhood,” a statement from the prosecutor-general’s office said.

The accusations seem to be in connection with Morsy’s escape from prison during the 2011 uprising that ousted longtime leader Hosni Mubarak.

Morsy has been in custody since being pushed out in July. He already faces charges of incitement to murder in connection with protests against his rule last December. Morsy has refused to recognize the court.

Morsy took power as Egypt’s first popularly elected president in June 2012. But his time was marked by continued unrest, much of it targeting him and the Muslim Brotherhood, the once-banned Islamist organization he once led.

Conditions in the North African country have not improved significantly since the military forced out Morsy and assumed control. Authorities have taken various steps to quell the social unrest, including legislation passed barring unauthorized protests.

Morsy’s supporters have called for his reinstatement as president.