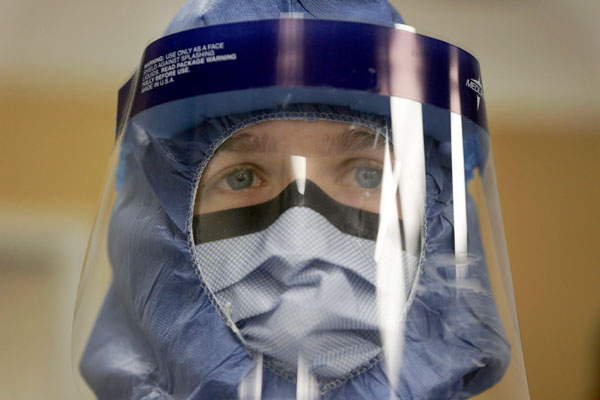 Brussels, Belgium (AFP) — The European Union put up 24.4 million Euros Thursday in a “race against time” to find Ebola vaccines and treatments as deaths from the disease mount in the worst affected countries.

The funds will be fast-tracked “in order to start work as soon as possible,” the European Commission said, with the latest figures showing nearly 4,900 dead and 10,000 cases in Liberia, Sierra Leone and Guinea.

“We’re in a race against time on Ebola and we must address both the emergency situation and at the same time have a long term response,” Commission head Jose Manuel Barroso said.

The Commission, the EU’s executive arm, said it was working with industry to develop vaccines, drugs and diagnostics for Ebola.

So far the 28 EU member states have offered 180 million Euros ($234 million) in humanitarian and other aid to help deal with a health crisis which could shortly be producing 10,000 cases a week with a death rate of 70 percent.

The EU is meanwhile contributing medical staff and facilities on the ground, with Ebola likely to be a major talking point at an EU leaders’ summit Thursday and Friday in Brussels.

A draft summit communiqué obtained by AFP said the EU would appoint an “Ebola coordinator” to work between Brussels, member states and international organisations.

The World Health Organization is coordinating efforts to tame Ebola, for which there is currently no vaccine nor cure, only therapeutic treatments.

The WHO is due to release its latest findings later Thursday amid hopes experimental vaccines now being tested could be available early next year.