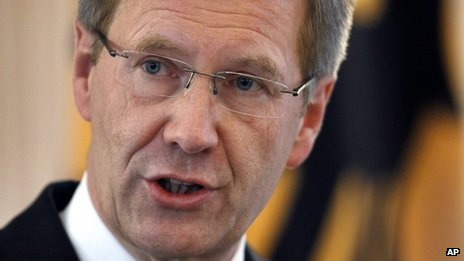 He is alleged to have accepted the payment of hotel bills by a film producer in return for lobbying while he was premier of Lower Saxony in 2008.

Mr Wulff – who stepped down in February 2012 after less than two years in the post – is Germany’s first head of state to go on trial since Nuremberg.

The 54-year-old rejects the allegations and has vowed to clear his name.