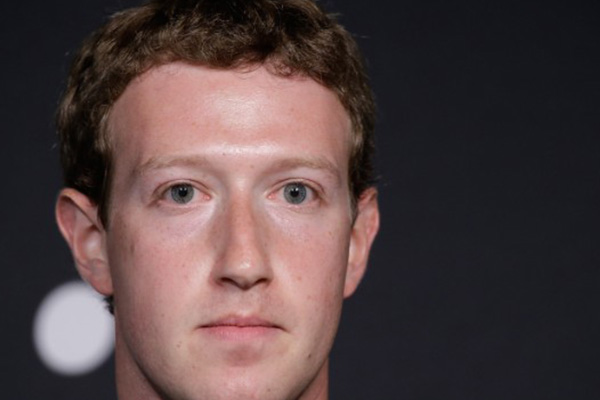 But Zuckerberg said the company was “a great fit for us. Already almost half-a-billion people love using WhatsApp for messaging and it’s the most engaging app we’ve ever seen exist on mobile so far.

“It’s on a path to connecting a billion people. There are very few services in the world that can reach that level and they’re all incredibly valuable.”

Zuckerberg said there were no plans to harvest data from WhatsApp messages, in answer to a question from the audience. “That’s the service that people want, we would be silly to change it.”

Asked if he thought concerns over privacy could be a problem for Facebook as it aims for greater global penetration, he said: “The NSA issue is a real issue, especially for American internet companies.

“Trust is just such an important thing when you’re thinking about using any service where you’re going to share important and personal information.

“We continue to work to be sure we can share everything that the government is asking of us.”

“The government kind of blew it on this. Governments have a responsibility to protect folks and to also be transparent about what they’re doing and I think they’ve just been way over the line in terms of sharing what they are doing.

Asked if Facebook would consider bidding again for Snapchat, Zuckerberg said: “After buying a company for $16 billion you’re probably done for a while.” Snapchat reportedly turned down a $3 billion offer from Facebook last year.

Zuckerberg’s debut at the trade show, the biggest of its kind in the world, underlines the importance of mobile to the future of the social media giant.

While audience interest was in WhatsApp, Zuckerberg — on stage with technology journalist and writer David Kirkpatrick — was at the show to promote Facebook’s work with Internet.org.

Facebook partnered with technology leaders, nonprofits, local communities and experts for the initiative.

Zuckerberg said the goal of Internet.org is to ensure everyone in the world has access to the internet in some form, either for a small cost or for free. He said this could be achieved by improving mobile infrastructure and reducing the amount of data required to use services.

“Most people in the world don’t have access to the internet at all … it’s about 2.7 billion people today. It’s growing way slower than you would imagine. Our vision is to try to connect everyone.”

Earlier Monday, Facebook announced it would help roll out an online education program in Rwanda. The deal, which will initially be offered to university students, has been done in partnership with telecommunications giant Airtel, which is providing free educational data for a year to those who sign up and Nokia, which is offering discounted smartphones to those participating.

Pamela Clark-Dickson, senior analyst at Informa, said Zuckerberg’s appearance in Barcelona made sense given that mobile is key to Facebook’s strategy.

“It gives him the opportunity to engage with key mobile operator partners, which will be important in the wake of Facebook’s acquisition of WhatsApp,” she said.

“Mobile operators will be keen to discuss with and to learn from Zuckerberg his plans for developing Facebook further as a service from which he can generate revenues from mobile.”

Clark-Dickson said the announcement in Barcelona by WhatsApp CEO Jan Koum that the messaging service will add voice calls to its product in the second quarter of 2014 will also be something that mobile operators will want to talk to Zuckerberg about.