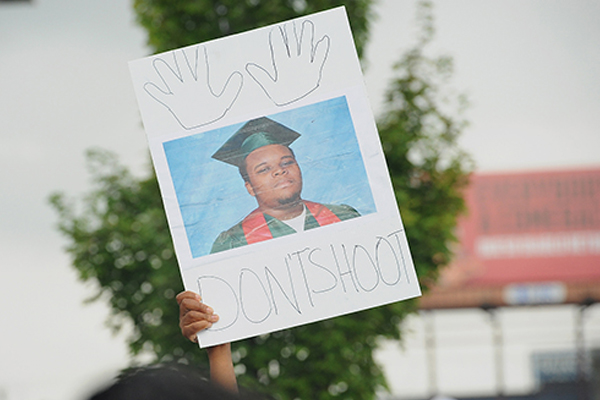 The Armed Forces Medical Examiner System’s autopsy on Brown, conducted at the request of the Department of Justice, was among grand jury documents that St Louis County Prosecuting Attorney Bob McCulloch released Monday with little explanation. Other documents include transcripts of eight federal interviews of possible witnesses to Brown’s shooting in early August; police radio traffic; and an alleged audio recording of the shots fired by Ferguson police officer Darren Wilson.

Many of the documents contained information that was similar or identical to the materials that McCulloch released on November 24 after a grand jury decided not to indict Wilson in Brown’s death. A transcript of testimony from an Air Force pathologist who performed the Justice Department autopsy was included in the November documents, but the autopsy report itself was not released until Monday.

The transcripts of the witness interviews that were released Monday were already included in previously released testimony heard by the grand jury.

The Justice Department autopsy found that Brown died from multiple gunshot wounds and had severe head and chest injuries, though it noted that the chest injury might have been an exit wound from a shot that entered Brown’s arm. The autopsy also found a minor gunshot wound to Brown’s right hand was evidence of close range discharge of a firearm.

Wilson told the local grand jury that his gun went off during a tussle with Brown through the open window of his police car moments before Brown was fatally shot.

The Justice Department is conducting a separate civil rights investigation into Brown’s death.

The Associated Press has reviewed all of the grand jury documents that have been released and none appear to include a transcript or a recording of a two-hour FBI and county police interview with Brown’s friend, Dorian Johnson, who was with Brown when he was shot.

However, the first batch of documents did include seven video clips of Johnson’s media interviews, as well as a transcript of his testimony to the grand jury.

Johnson was walking with Brown when they encountered Wilson in a Ferguson street. Wilson fatally shot Brown, who was unarmed, after a struggle.

Johnson painted Wilson as provoking the violence, while Wilson said Brown was the aggressor. He also said Wilson fired at least one shot at his friend while Brown was running away.

The transcript released in November notes that jurors listened to a recording of an August 13 interview of Johnson by the federal and county investigators.

Ed Magee, a spokesman for McCulloch, acknowledged earlier Monday that his office didn’t release copies of FBI interviews with some witnesses at the request of the Justice Department. An FBI spokeswoman in St Louis declined comment.

“Those reports are not ours to release,” Magee said.

Grand jury investigations are closed to the public. When McCulloch released documents last month, he said that he wanted transparency and believed “everyone will be able to examine that same evidence and come to their own conclusion”.