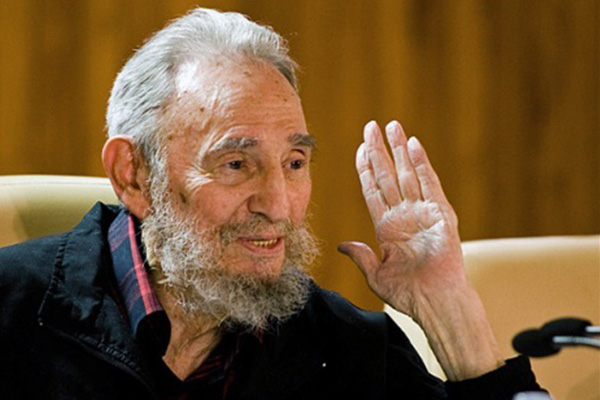 The Communist Party newspaper Granma reports that the 87-year-old Castro appeared Wednesday night at the opening of a Havana art studio.

The official website Cubadebate carried a photo of the event on Thursday, though it did not show Castro’s face. In the photo a seated, gray-haired Castro is shown from behind, pointing at a work of art while artist Alexis Leyva leans in to talk with him.

It’s the first public appearance by Castro since he attended the inauguration of Havana school on April 9.

Castro led Cuba for 48 years before falling gravely ill in July 2006 and handing over power to his brother Raul, who formally became president in January 2008.