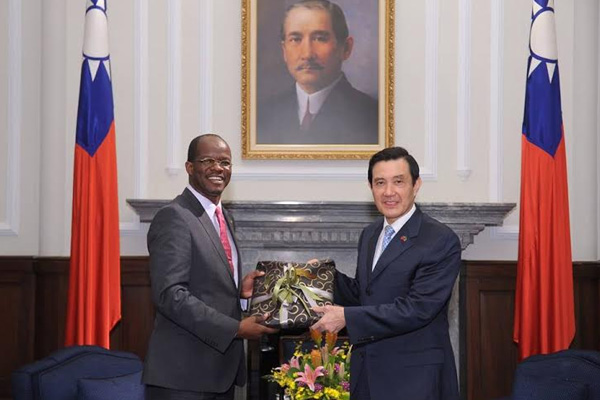 Brown Hill, Nevis (CUOPM) — The Nevisian-born minister in the Federal Government says his appointment as Minister of Foreign Affairs, Homeland Security, Labour and Immigration, gave him the opportunity to provide the strategic leadership required to effectively and efficiently implement Government’s policies to transform the Federation for the benefit of every citizen and resident.

Speaking at the Federal Government-sponsored “Conversations For Progress” at the Brown Hill Basket Ball Court, the Hon. Patrice Nisbett told the large crowd that he embraced his responsibilities seriously and reported on the several achievements and accomplishments.

“Every policy imperative of the Government which remained unimplemented by two Ministers before my tenure has seen considerable success. When evaluated using any measure, even my fiercest critic will no doubt applaud, albeit grudgingly, my efforts,” he said.

Minister Nisbett said he has completed the Foreign Affairs Policy document which takes into account shifts in the geo political environment and the need to better position the Federation to pursue opportunities intended to increase trade, economic development, employment for the benefit of every national and resident, especially now that grants have been stopped and loans at low interest rates from agencies such as the International Monetary Fund (IMF) and other agencies are no longer available.

“The document is a realistic attempt by your government to better enable the ordinary man and woman to understand why we maintain relations with countries such as the United States of America, England, Cuba, Taiwan and our CARICOM neighbours,” he said.

“I paid working visits to a number of countries including Vietnam and Turkey where we explored projects in renewable energy, education, lobbying for scholarships in Engineering, computer programming, vocational studies, information technology and of course I used the opportunities to promote tourism and trade; all intended to bring more benefits to the people of our beloved Federation,” he said.

“Since our Federation’s establishment of diplomatic relations with Cuba, scores of young Nevisians and Kittitians have benefited from scholarships in medicine, dentistry, economics, agriculture, engineering and other areas. In addition, due to that country’s remarkable and progressive health care delivery system, an increasing number of nationals continue to benefit,” said Minister Nisbett.

“We wanted to ensure that the interests of our students studying in Cuba as well as those journeying there for medical care receive due attention. I was charged by the Rt. Honourable Prime Minister to establish an Embassy in that country. I am happy to report of progress in that regard,” said Minister Nisbett, who along with the Prime Minister, participated in the opening ceremony in Havana a few months ago.