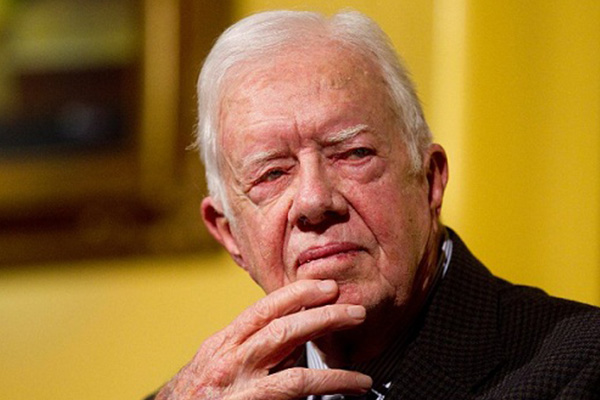 CARACAS, Venezuela (AP) — Former US President Jimmy Carter is expressing concern about Venezuela’s escalating political crisis and wants to meet with leaders on both sides in an upcoming trip.

Carter, a mediator of past political conflict in the deeply polarised South American nation, made the offer in private letters he sent this week to President Nicolas Maduro and opposition leader Henrique Capriles.

Expressing “grave concern” about the loss of life in recent protests and the risk of more conflict ahead, Carter in the letter to Capriles said that for dialogue aimed at easing tensions to succeed both side must “send signals of their willingness to alleviate the present state of tension.”

For the opposition, that means making clear its commitment to act within constitutional limits and strongly reject violence, the Nobel peace laureate wrote. In turn the government must guarantee the right to peaceful protest and impartial justice for jailed protesters.

“It is difficult for elected officials from opposition parties to resolve differences when they feel threatened and persecuted,” Carter wrote.

The Carter Centre has been a frequent observer of elections in Venezuela and mediated talks between the socialist government and opposition following a 2002 coup that briefly unseated then President Hugo Chavez.

Carter is accepted by the normally anti-American government — Maduro praised him at a news conference Friday. But some members of the opposition harshly criticised the Carter Centre for validating a 2004 recall referendum that Chavez won amid complaints that the process leading up to the vote unfairly favoured him.

Carter said he hopes to meet with Capriles and other leaders during a planned April 29 visit to Caracas to promote a health program with Venezuela and Brazil.

It’s aimed at building support for a program that seeks to eliminate river blindness in one of the last areas where the disease is still present in Latin America — among the Yanomami Indians who live on the two countries’ border, said Jennifer McCoy, Americas director for the Carter Centre.

The timing of the trip still needs to be confirmed.

Earlier Tuesday, the mayor of a coastal Venezuelan city said an anti-government protester had died in one of the confrontations that have roiled the country.

Briceno told Union Radio that protesters stampeded into a supermarket and began looting. The body of the protester was found outside the store early Tuesday. Other local media said he had been shot.

The killing raised the death toll to at least 16 during protests that began February 12. The protests have declined in recent days and the capital was largely free of barricades Tuesday.